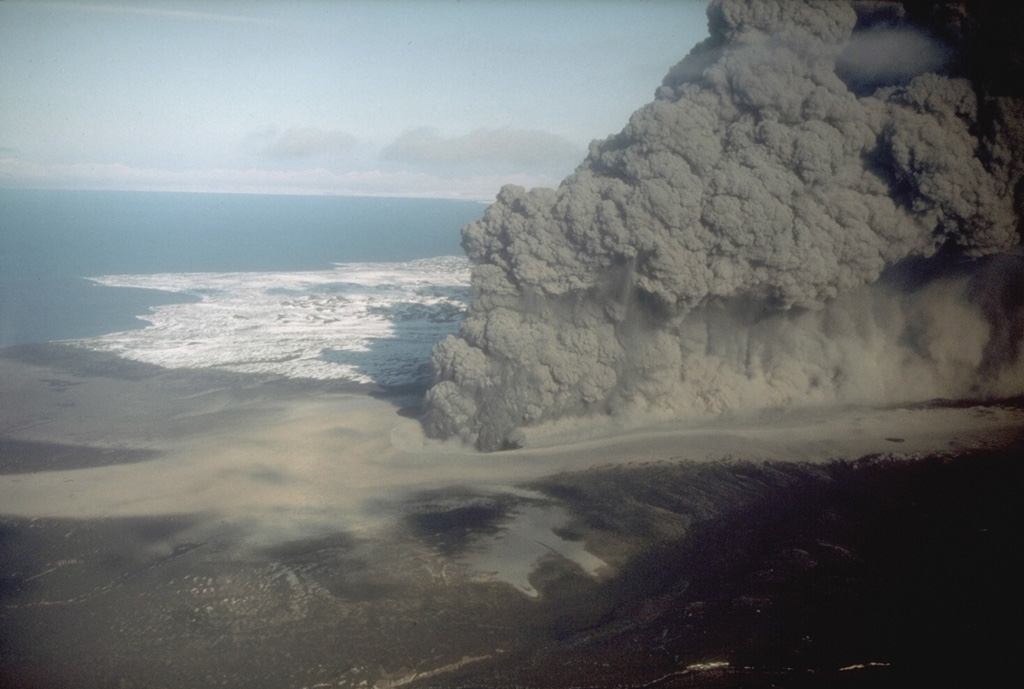 The interaction of magma with groundwater produced this dark, ash-rich eruption column in 1977 from the Ukinrek Maars on the Alaska Peninsula. The eruption occurred in an area without previous volcanic activity, through surficial glacial deposits. The phreatomagmatic explosions created two new craters, which were named after the Yupik words for "two holes in the ground." This photo was taken from the WSW on 6 April 1977.