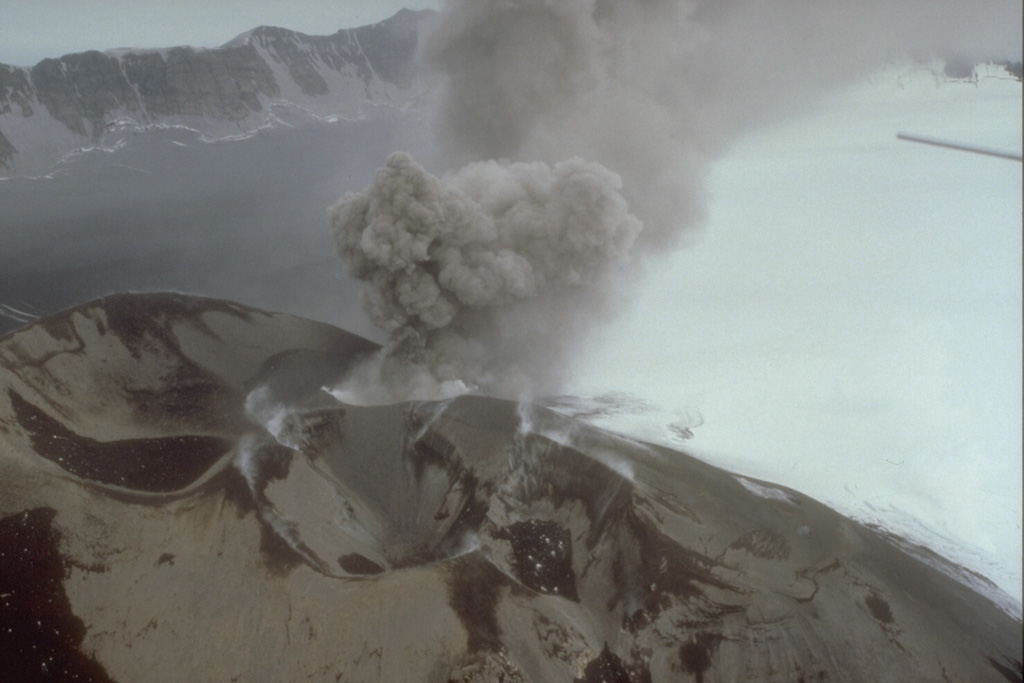 In this 3 August 1993 photo a small ash plume rises from a scoria cone within the Veniaminof caldera. Intermittent explosive eruptions began on 30 July and continued for more than a year. The eruptions also formed a new cone SE of the main western cone. As during the 1983-84 eruption, lava flows erupted onto the ice-covered caldera floor. Ash darkens the left side of the caldera floor in this view, with the caldera wall in the background.