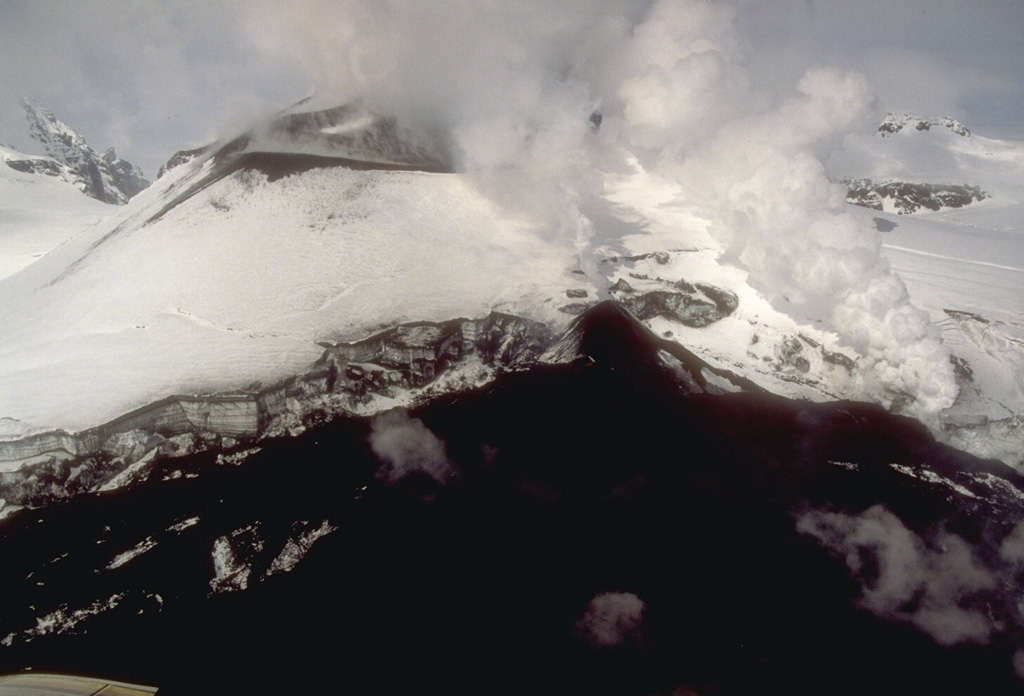 A new lava flow accumulates at the base of a scoria cone in Veniaminof caldera. This 9 May 1994 view from the west shows the snow-covered cone and the lava flow, which has melted through the glacial icecap on the caldera floor.