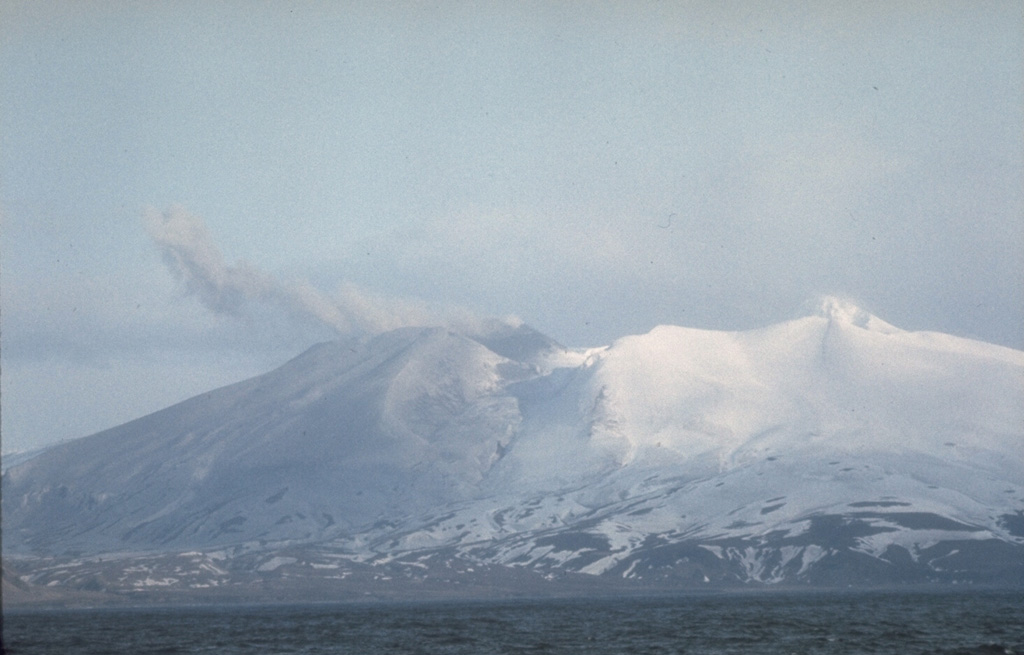 Akutan forms the west-central part of Akutan Island in the eastern Aleutians. The summit contains a 2-km-wide caldera with a large scoria cone, visible here through a low point in the northern caldera rim. The cone has been the site of frequent historical eruptive activity.