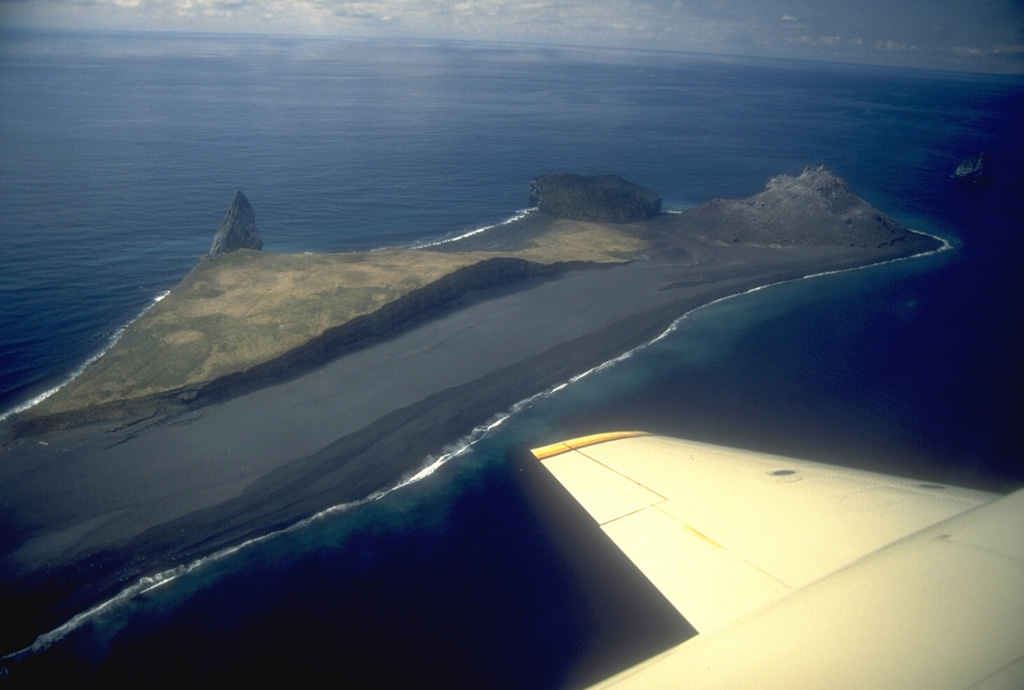 Lava dome remnants from three historical eruptions can be seen in this NW-looking aerial view of Bogoslof Island in the Aleutians. The pinnacle on the left is Castle Rock, also referred to as Old Bogoslof, a remnant of a 1796 lava dome. The circular, flat-topped area to its right is a remnant of a 1927 lava dome. The 1992 eruption produced the light-colored conical lava dome forming the tip of the island at top right. Regular eruptions and vigorous wave erosion frequently modify the island.