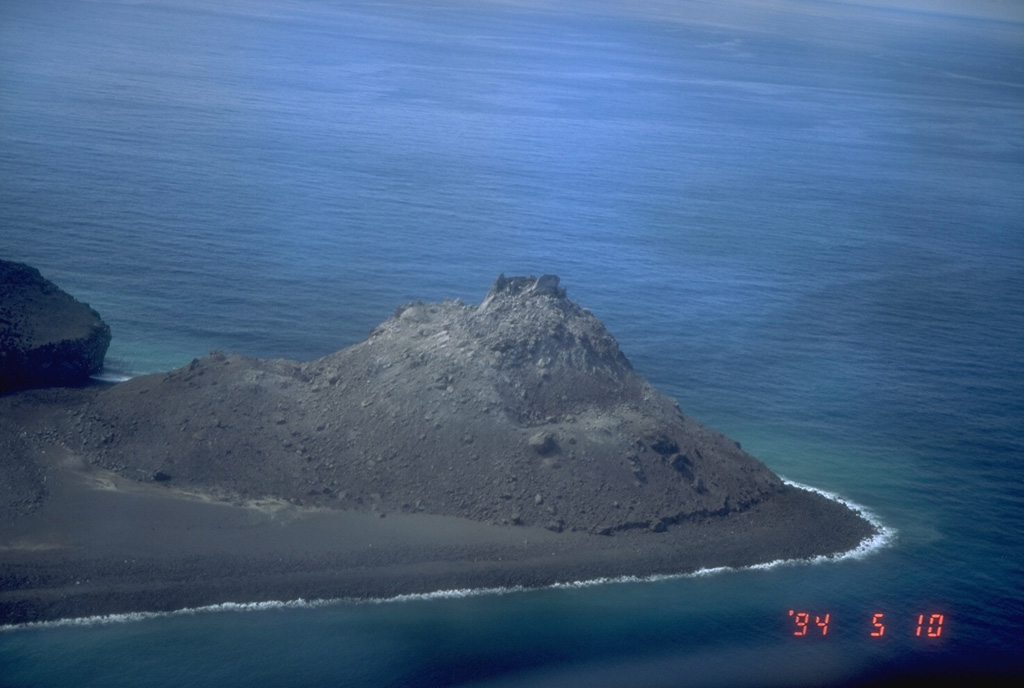 An aerial view shows the 1992 lava dome of Bogoslof Island, the summit of a largely submarine located in the Bering Sea 50 km behind the main Aleutian arc. The 1992 lava dome grew to a height of 100 m in July at the northern tip of the island. In May 1994, when this photograph was taken, the island was about 1.5 x 0.6 km wide, and due to frequent eruptive activity and energetic wave action, has changed shape dramatically since first mapped in the late 1700's.