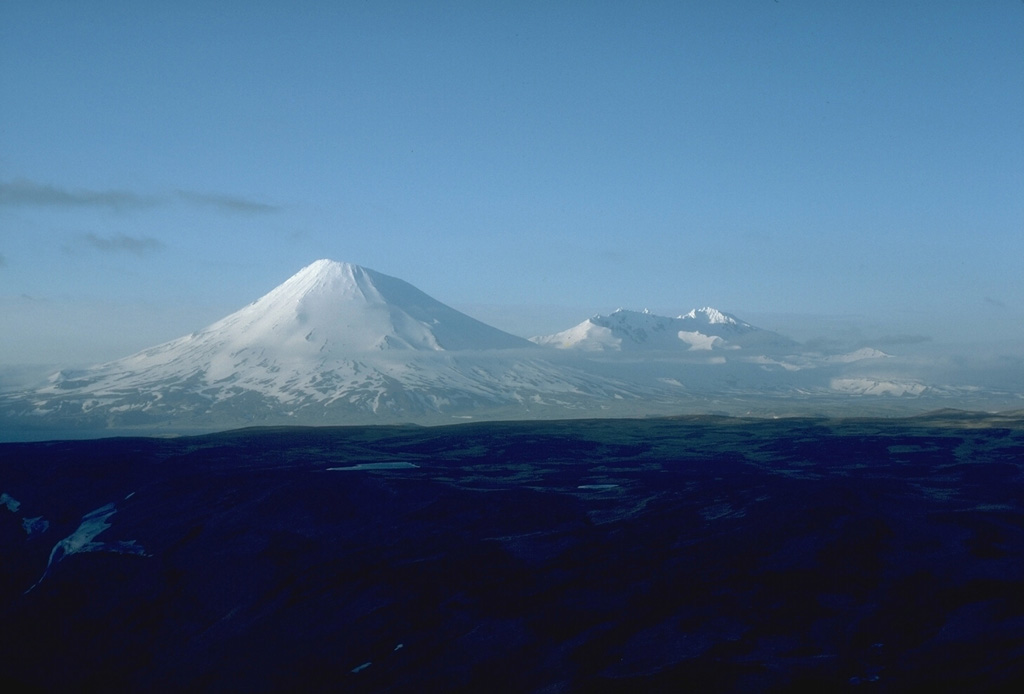 The effects of erosion are visible in this view from the SW of two prominent stratovolcanoes on SW Umnak Island in the Aleutians. Mount Vsevidof (left) is a near-symmetrical volcano where frequent eruptions, which have continued into historical time, have overcome the effects of erosion. In contrast, Recheschnoi volcano (right) has been inactive for longer periods of time and has been extensively dissected by glaciers. Only small pyroclastic cones and lava domes have erupted during the past 10,000 years. 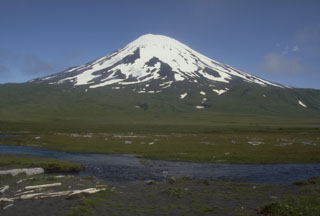 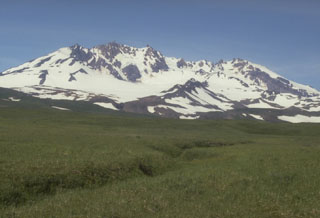