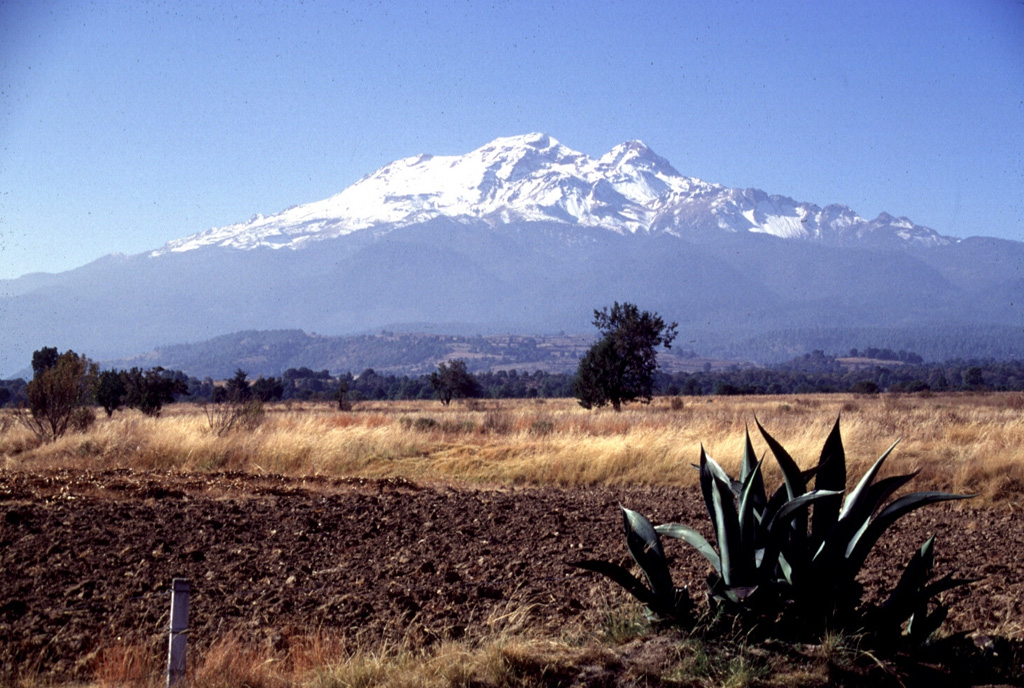 Iztaccíhuatl, an elongated complex stratovolcano, rises SW of the Puebla basin in central México. A series of overlapping cones constructed along a NNW-SSE line forms the summit ridge, which is 6 km long at the 4500 m contour, a little above the snowline. Glaciation has extensively eroded the summit and flanks of the dominantly Pleistocene volcano. Iztaccíhuatl was climbed by Toltec Indians, who left terracotta, carved stone, jade, and obsidian artifacts just below the summit, forming the highest archeological site in North America.