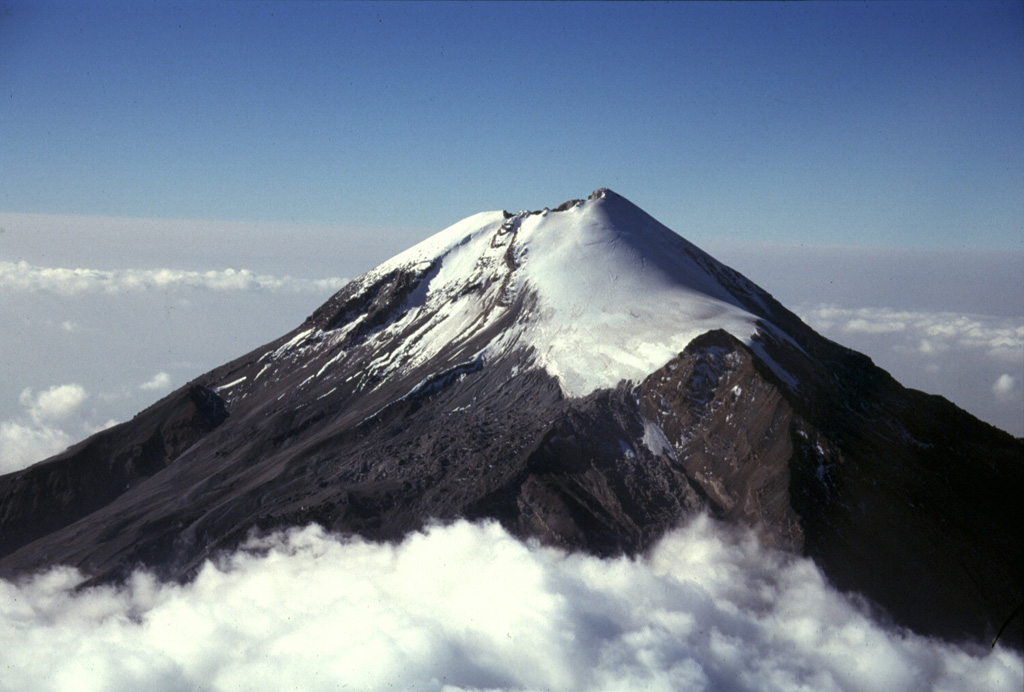 Pico de Orizaba (Volcán Citlaltépetl) rises 4,500 m above the Gulf of Mexico coastal plain. Its summit contained a 500-m-wide crater that was 300 m deep at the time of this 1997 photo. It is seen here from the NNE with the Jamapa glacier to the right above the NW-flank peak of Sarcofago (right center). The present summit cone was constructed during the Holocene, overtopping previously collapsed edifices.