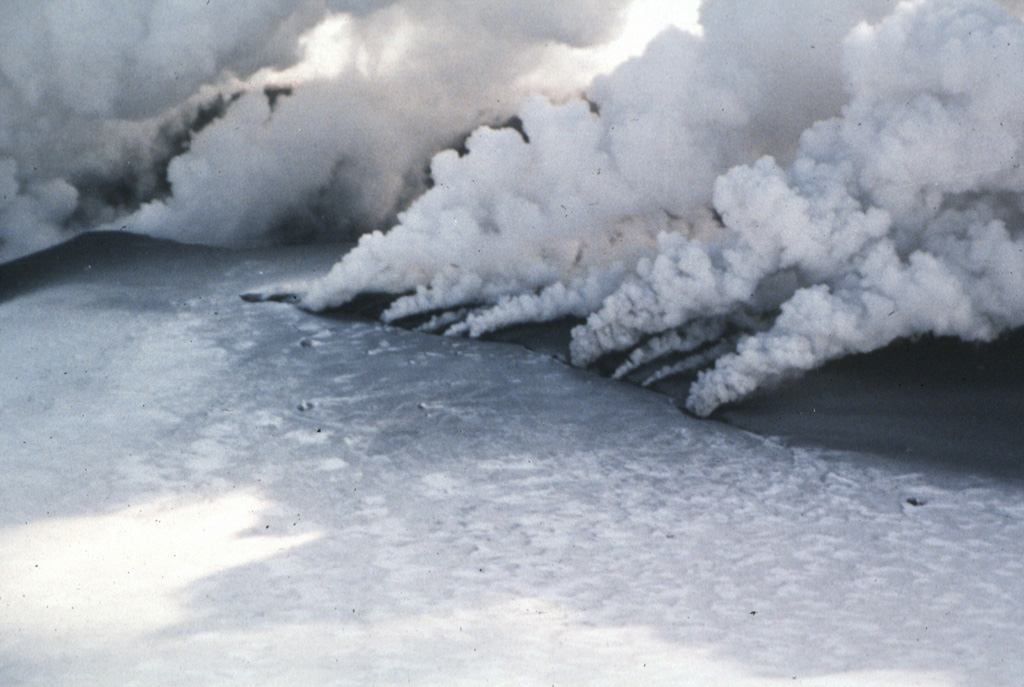 Gas-and-steam plumes emanate from a new eruptive fissure cutting the summit of Japan's Komagatake volcano on 7 March 1996. A phreatic eruption began the evening of the 5th and deposited ash onto snow. The eruption took place from the 1929 crater and from a 200-m-long N-S fissure on the S flank. Eruptive activity, producing steam-rich ash plumes, was strong until 7 March and declined after 12 March.