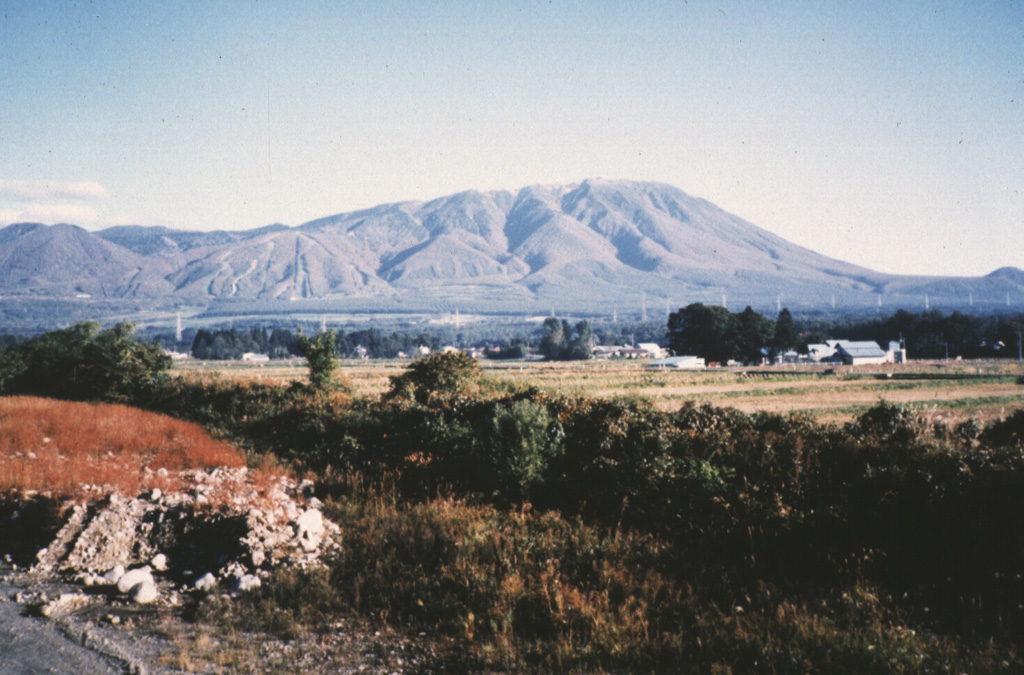 Iwatesan on Japan's northern island of Honshu, seen from the SW. The extensively-dissected Onigajo volcano forms the older, western part of Iwate and is truncated by the 1.8 x 3 km Nishi-Iwate caldera. The smoother slopes at the right are formed by ejecta from the younger Yakushidake cone, which was constructed on the eastern rim of the caldera.