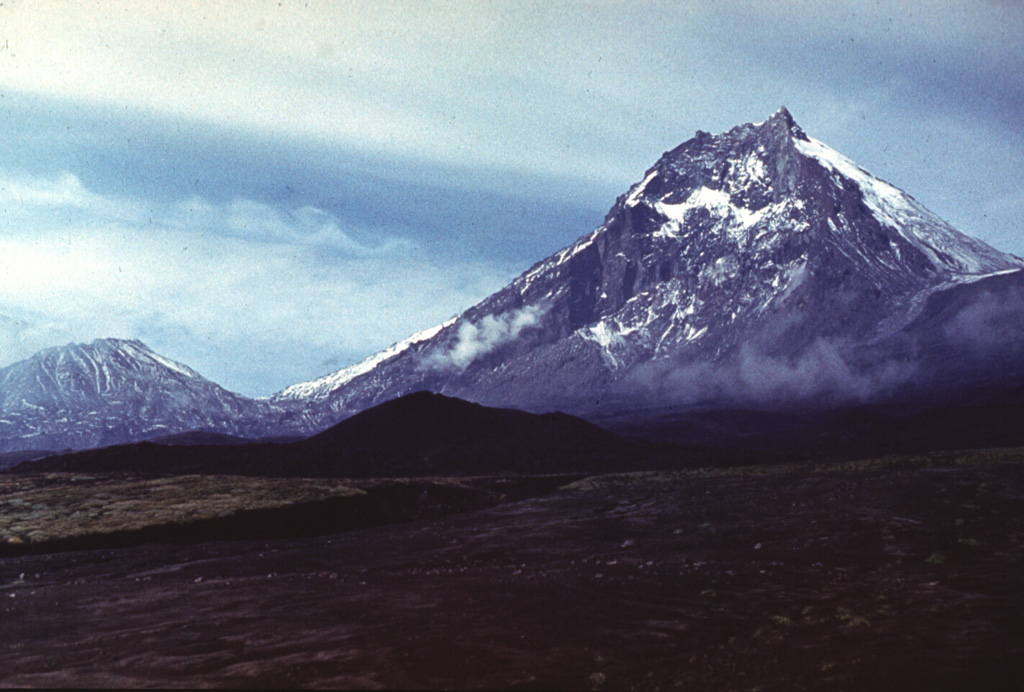 Kamen lies at the center of a N-S-trending chain of volcanoes, flanked by Bezymianny (left) and Klyuchevskoy. Kamen formed during the late Pleistocene and activity continued into the Holocene. A major flank collapse about 1,200-1,300 years ago removed much of the eastern side of the volcano, leaving the steep escarpment seen in this view.