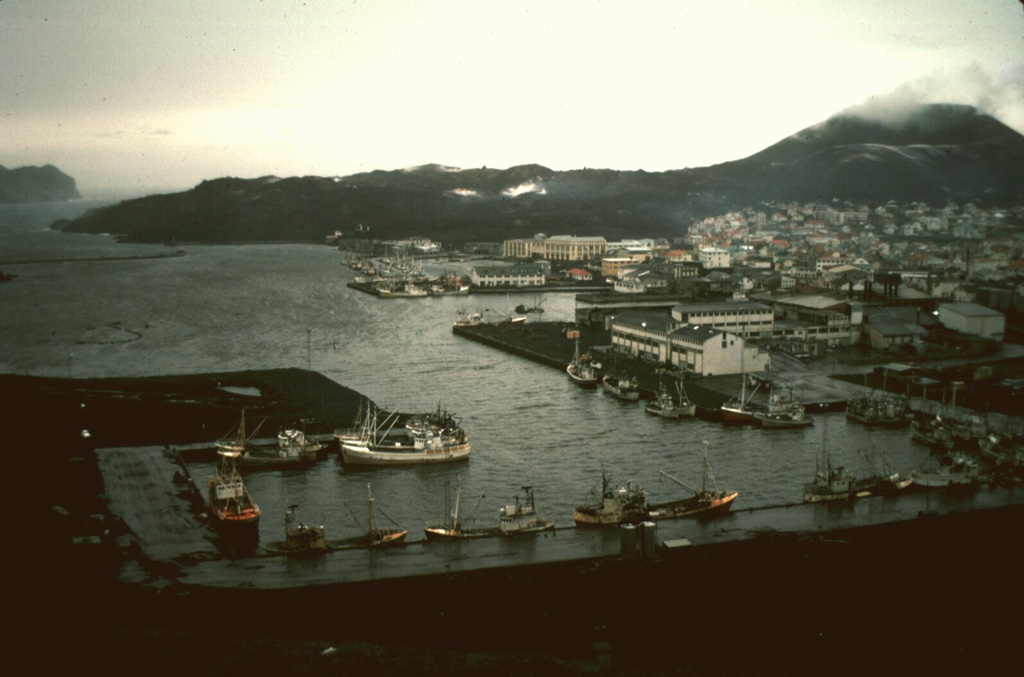 The harbor on the island of Heimaey is seen here in 1974, in the aftermath of an eruption that produced a lava flow that almost blocked the harbor entrance. The flow, which originated from a fissure extending from Eldfell cinder cone (upper right) forms the peninsula at the upper left. Extensive water pumping efforts were undertaken to cool and stop the advance of the flow; the diversion attempts were locally successful. The flow eventually stopped, after extending the shoreline up to 1.1 km over a 2.7-km-wide area, providing a more sheltered harbor.