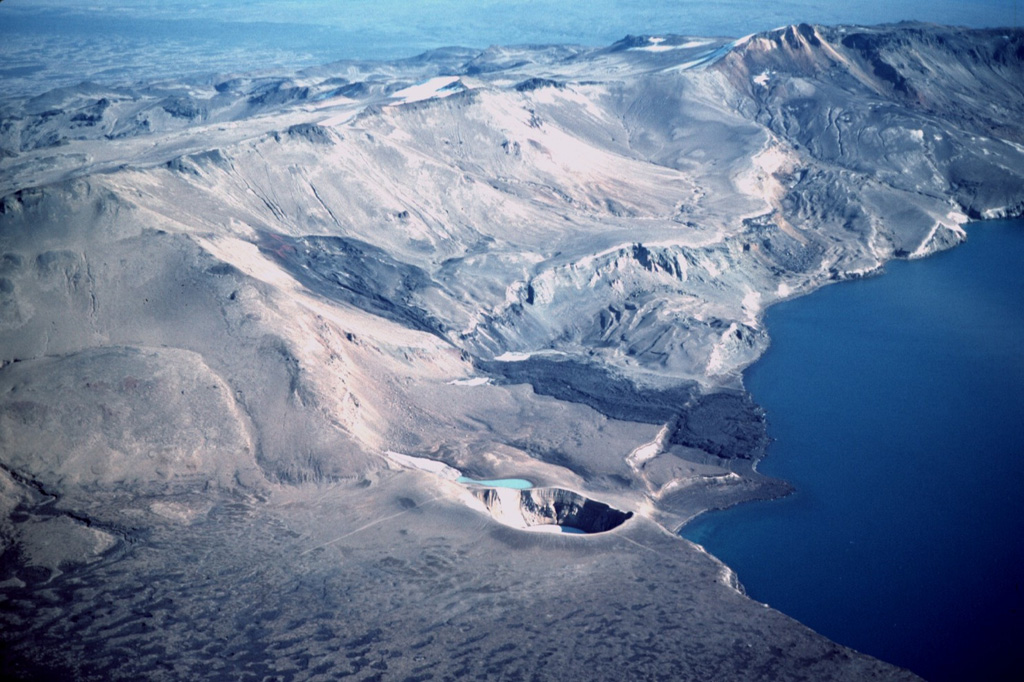 The dark 1921 Batshraun lava flow descends from a vent (left center) on the caldera rim into Öskjuvatn lake across several fault blocks related to caldera subsidence. This aerial view from the northwest shows the small 200-m-wide Viti maar (lower center), which formed during the 1875 eruption. Following slow subsidence of the caldera during and after the 1875 eruption, the depression was filled by the waters of Öskjuvatn lake. During the 1920's, several lava flows erupted from vents surrounding the caldera and flowed into the lake.