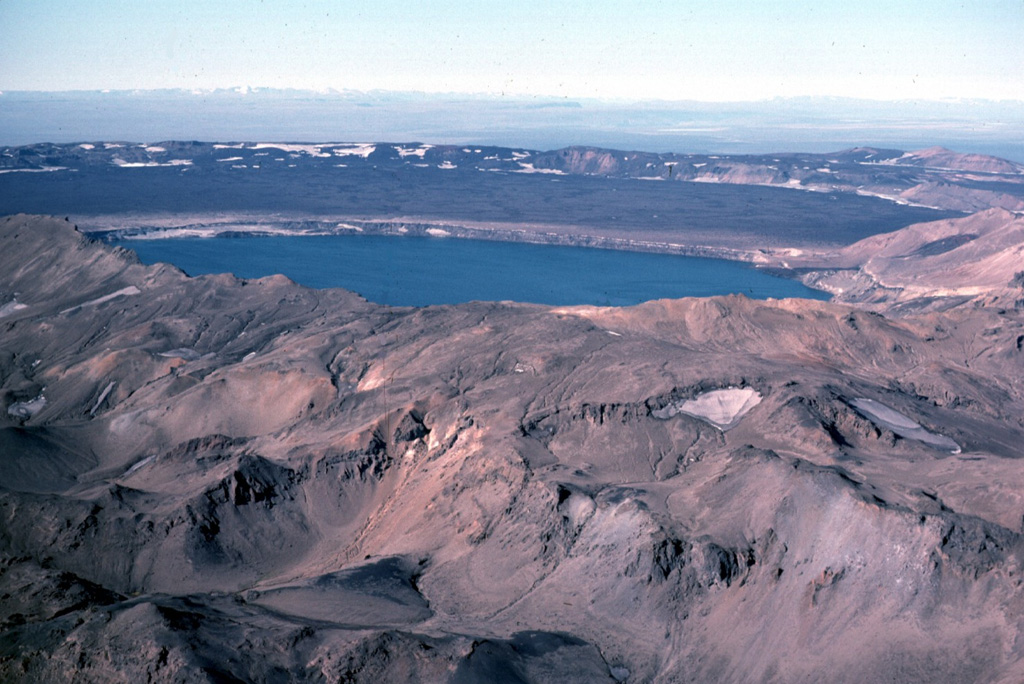 Askja is a central volcano made up of the Dyngjufjöll massif and at least three calderas, the largest of which is 8 km wide. This view from the SE looks across Öskjuvatn lake within the youngest caldera that formed in 1875 during Askja's largest historical eruption. It truncates a larger caldera, whose wall is seen in the distance above the lava-covered caldera floor. The 100-km-long Askja fissure swarm, which includes the Sveinagjá graben, is also related to the Askja volcanic system.