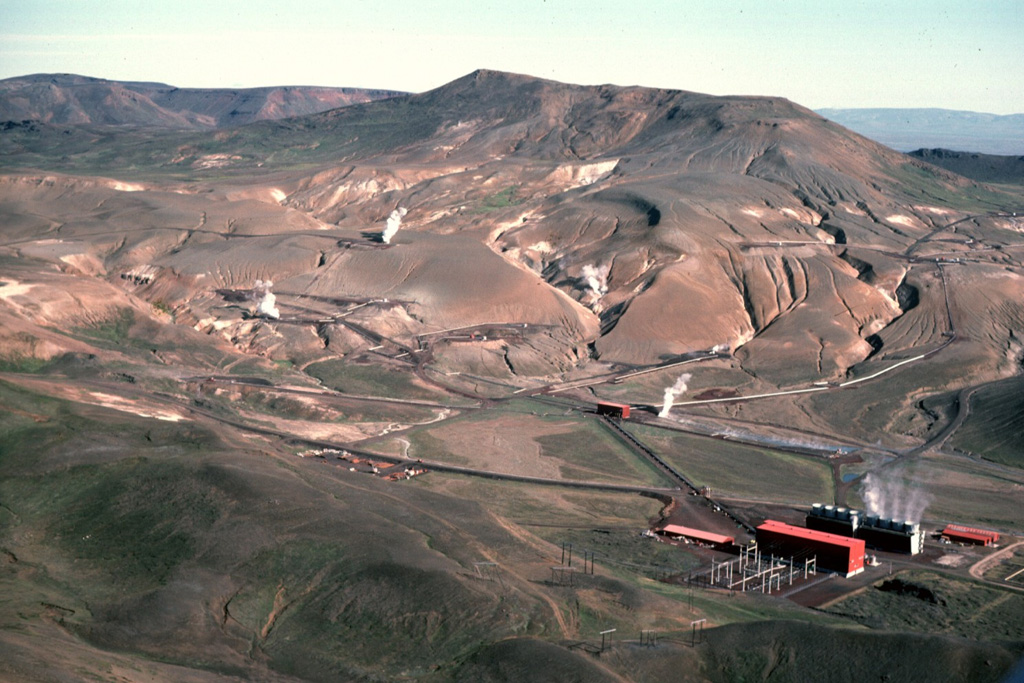 This power plant (lower right) is part of a large geothermal development south of the Krafla caldera. The Krafla ridge in the background is seen from the SW, with steam rising from the geothermal wells. The northeastern caldera rim forms the horizon on the left.