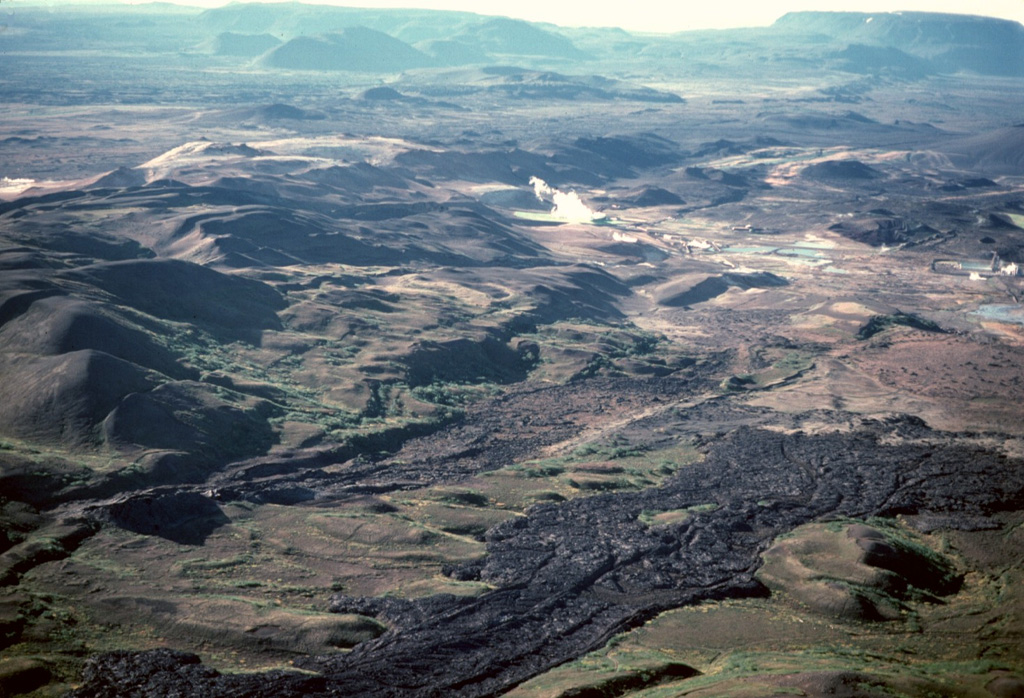 The dark lava flows in the foreground were emplaced during a series of eruptions known as the "Myvatn Fires" between 1724 and 1729. Lava flows covered much of the western floor of Krafla caldera and extended beyond the caldera to the north, and south into Myvatn lake. It is these southern flows seen here, with small lakes and a steam plume in the Namafjall and Myvatn geothermal areas at their distal end (center). The Hverfjall cone is just out of view to the top right.