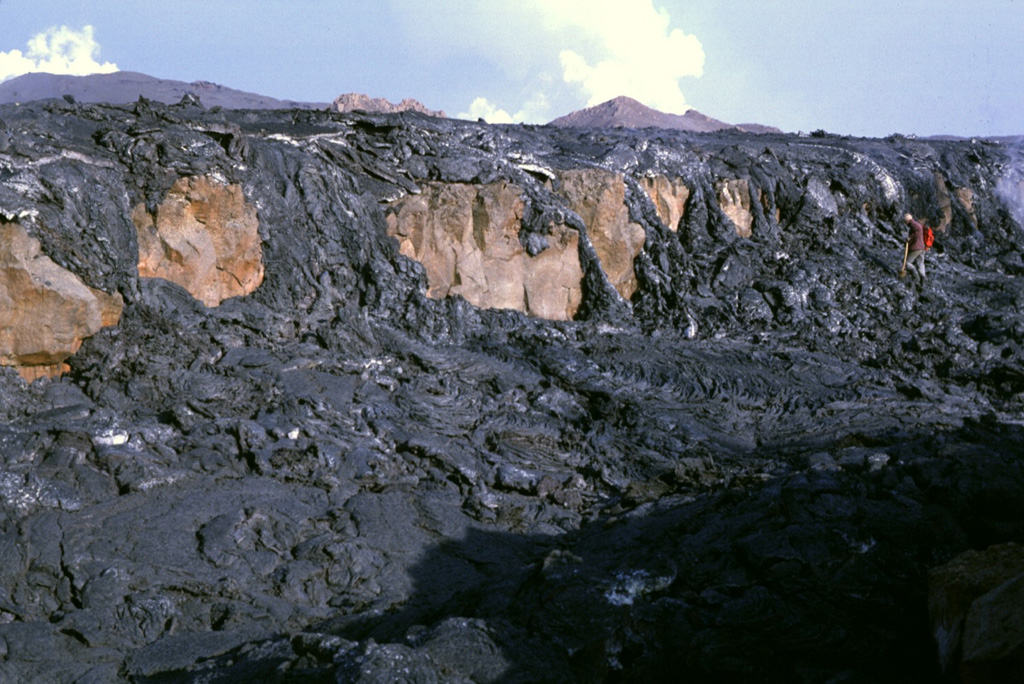 Fresh black pahoehoe lava flows from the 1984 eruption of Krafla drape the Gjastikki fault, whose escarpment forms the brownish cliff surfaces. Note the geologist at the upper right for scale (with red backpack). The still-steaming lava flow, photographed here on 7 September, is only days old and partially buries the fault, which was produced during a previous rifting episode. The steaming cones in the background indicate the location of the vents.