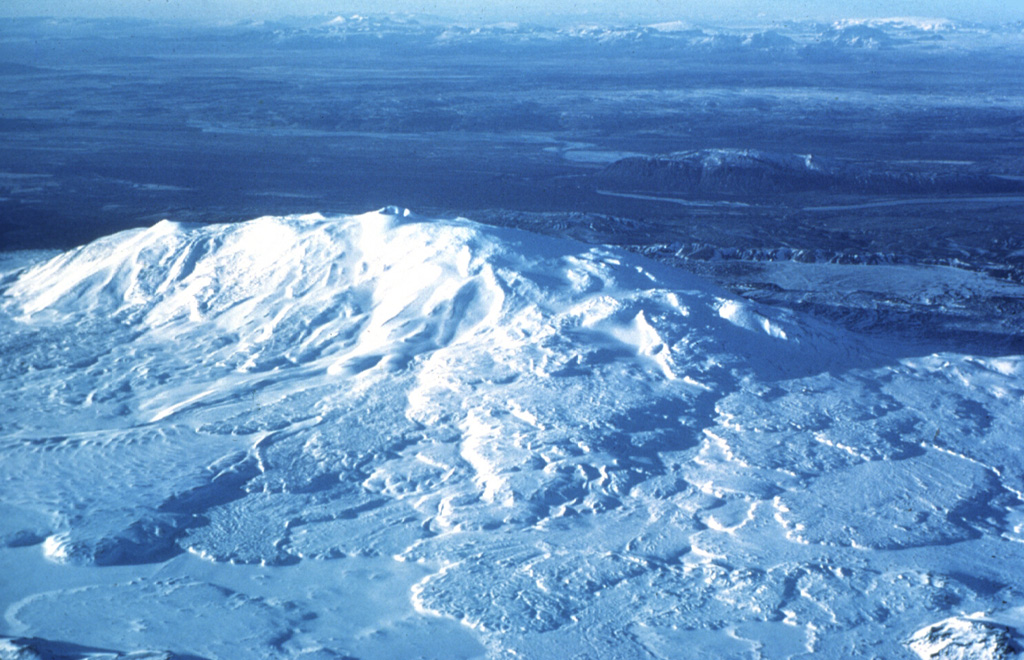 Snow-covered Hekla, one of Iceland's most prominent and active volcanoes, is seen here in an aerial view from the east. Toppgigur crater occupies the summit, in the middle of the ridge, and Axlargigur crater is seen here as a small peak along the summit ridge to the left (W). Repeated eruptions along an ENE-WSW-trending rift are responsible for Hekla's elongated profile. The 5.5-km-long Heklugja fissure cuts across the volcano. Lava flows from eruptions dating back to 1104 CE cover much of the volcano's flanks and are seen here fanning out from the ridge in all directions.