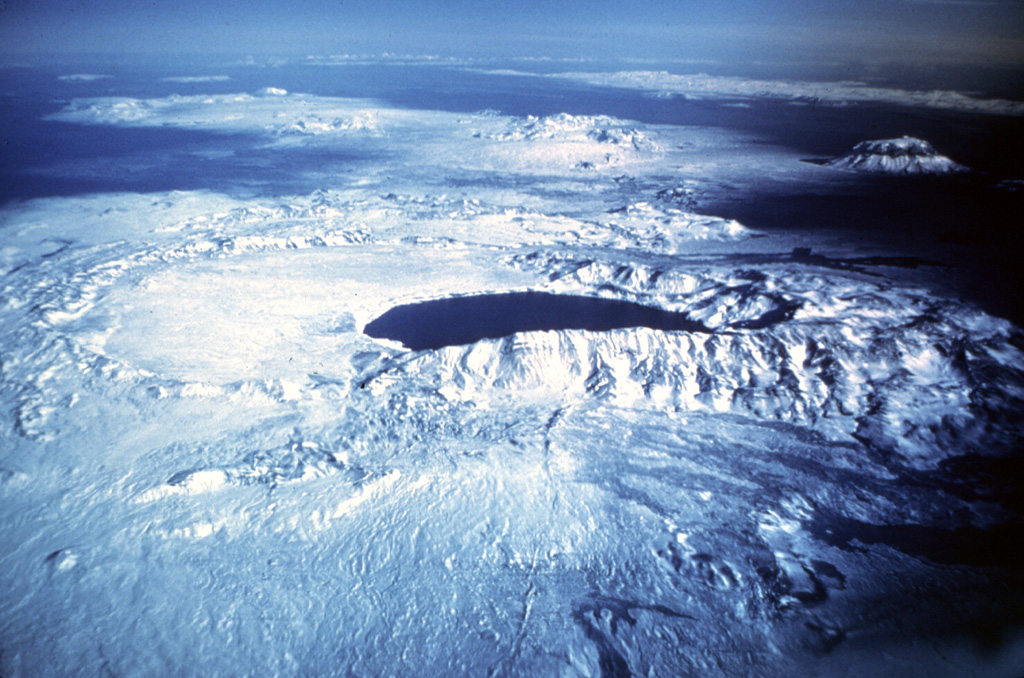 Askja, seen here in an aerial view from the south, is a large central volcano truncated by three overlapping calderas. The youngest caldera, formed during the large 1875 eruption, is filled by Öskjuvatn lake (center). This caldera partially truncates the largest Askja caldera, whose floor forms the flat-surfaced area left of the lake now filled with recent lava. The prominent snow-capped peak on the right is Herðubreið, which has not been active in the Holocene.