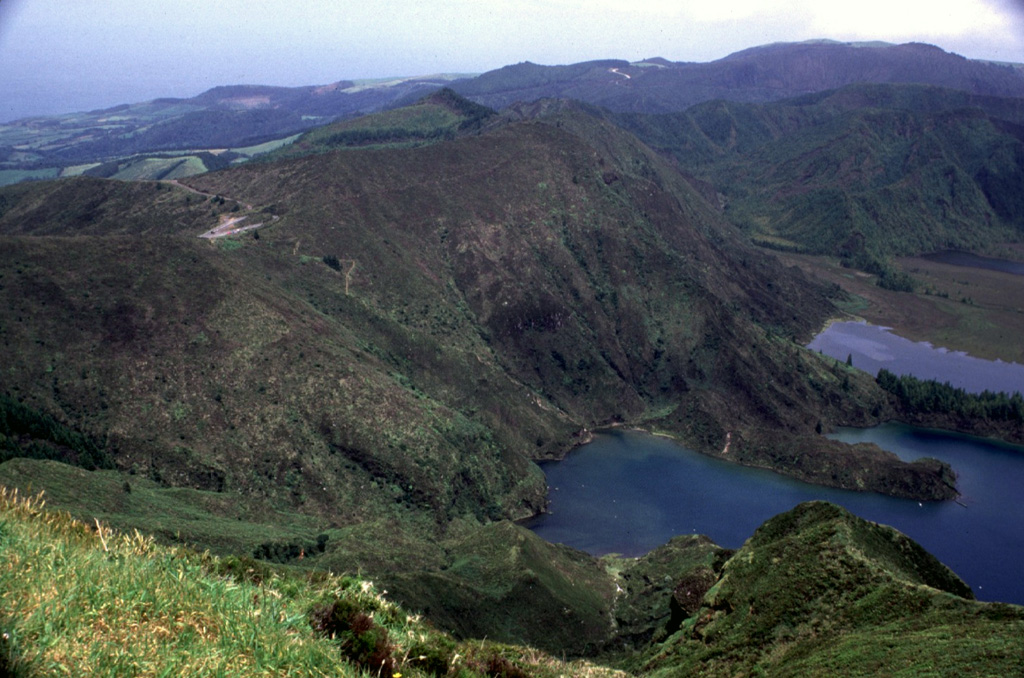 The forested ridge in the center of the photo is part of the northern rim of the approximately 3.2 km diameter inner Agua de Pau caldera, which formed at the beginning of the Holocene, in an eruption dated to between 12,000 and 8,000 years ago. The Serra de Agua de Pau hills in the background mark the northern rim of an outer late Pleistocene caldera. The Lagoa de Fogo caldera lake (lower right) partially fills the inner caldera. 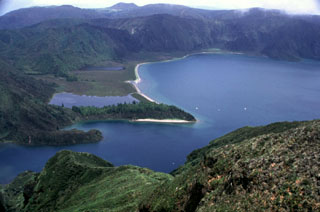