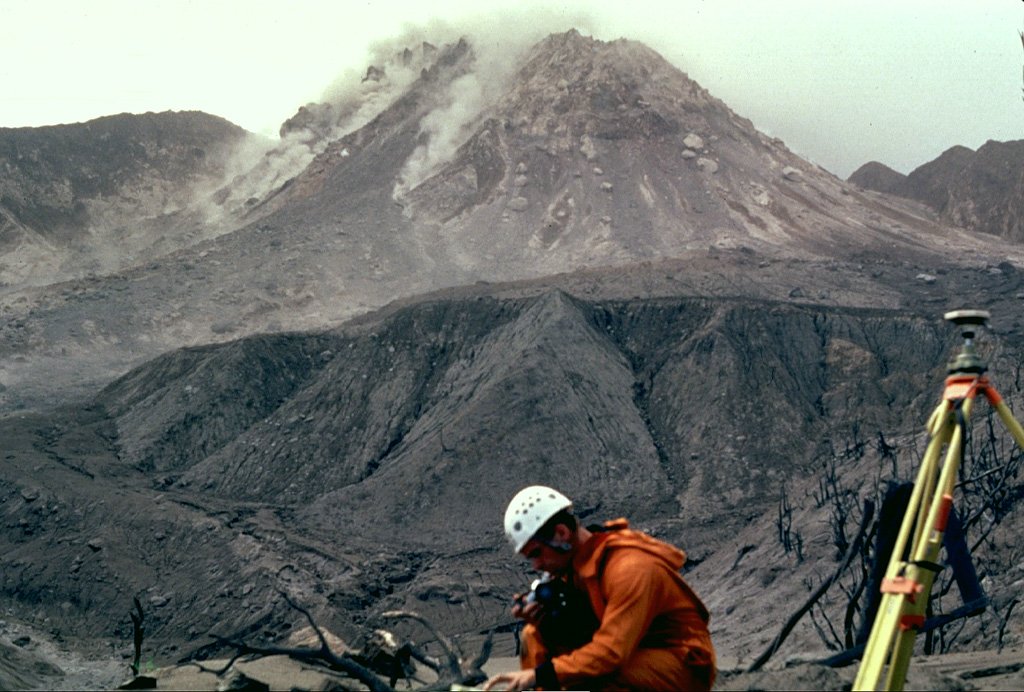 Scientists from the Montserrat Volcano Observatory make monitoring measurements in February 1997 as small rockfalls descend the flanks of the lava dome. Castle Peak lava dome, constructed during the previous eruption of Soufrière Hills during the 17th century, had collapsed three days before this photograph was taken from the Tar River Estate house, 2 km NE of the dome. Periodic collapse of the growing lava dome produced pyroclastic flows that in some cases reached the sea.