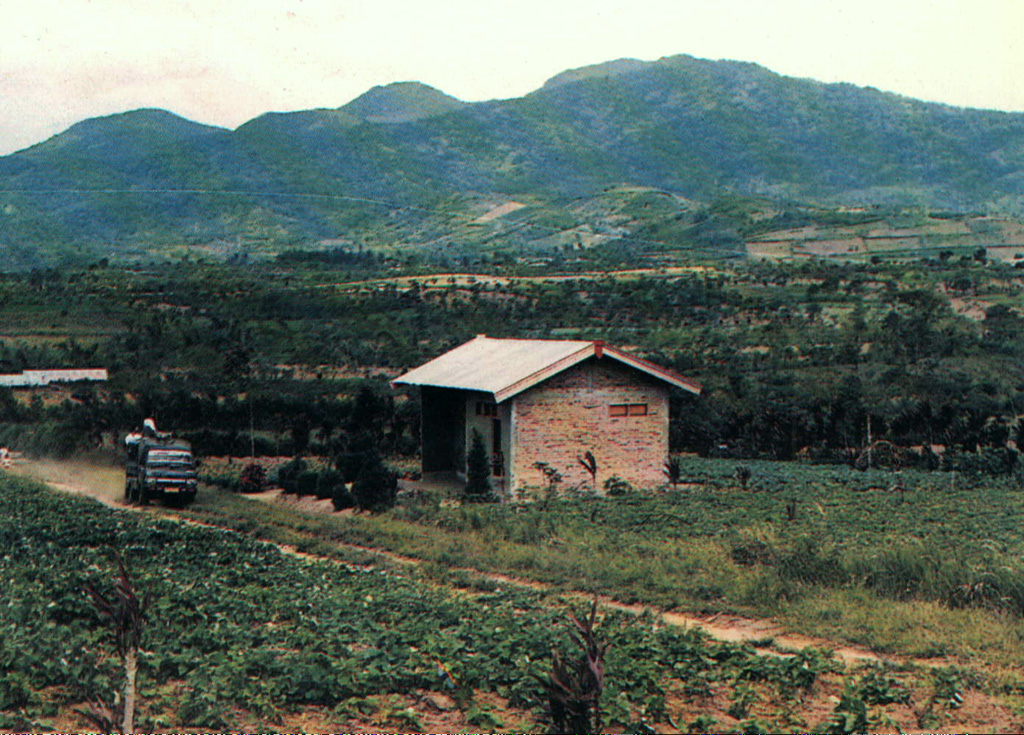 Gunung Kaba, rising above farmlands at Pematang Danau, has three large historically active craters trending ENE from the summit to the upper NE flank. The SW-most crater is the largest. Most historical activity has consisted of explosive eruptions that affected only the summit region of the volcano. They originated from the central summit craters, although the upper-NE flank crater Kawah Vogelsang also produced explosions during the 19th and 20th centuries.