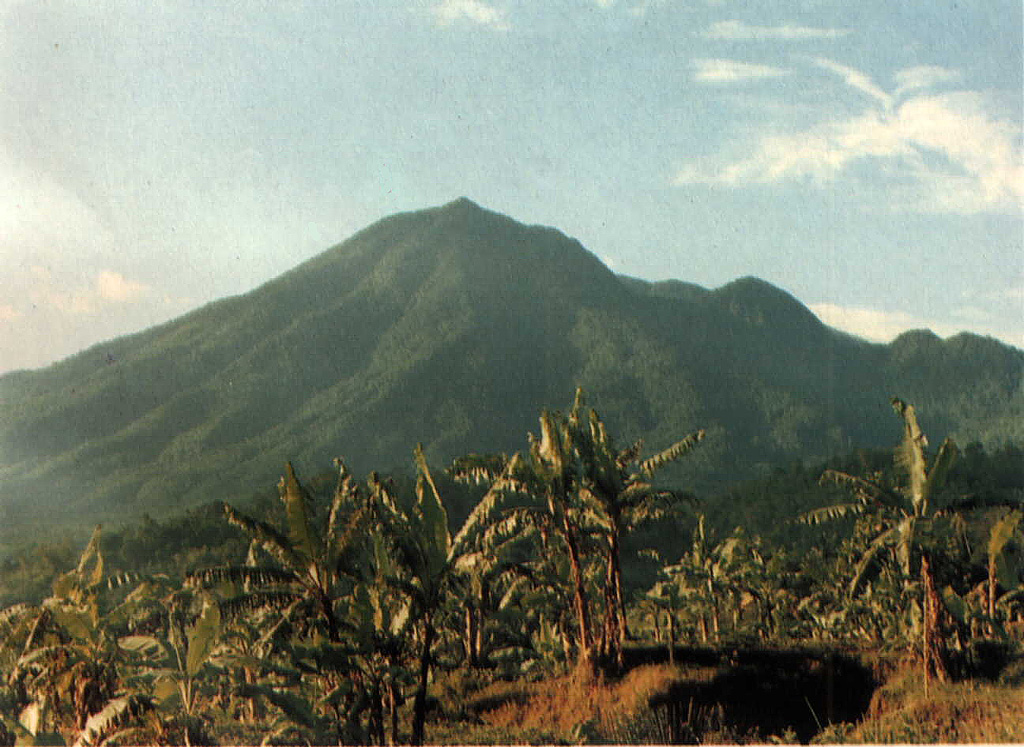 Gunung Salak is seen here from a village on the NE flank. Smaller cones are on the SW flank and at the northern foot of the forested, extensively eroded volcano. Two large breached craters are at the summit. Historical eruptions from have consisted of phreatic explosions from craters on the western flank. Salak volcano has been the site of extensive geothermal exploration. 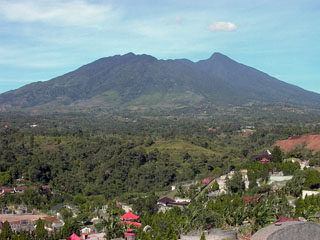