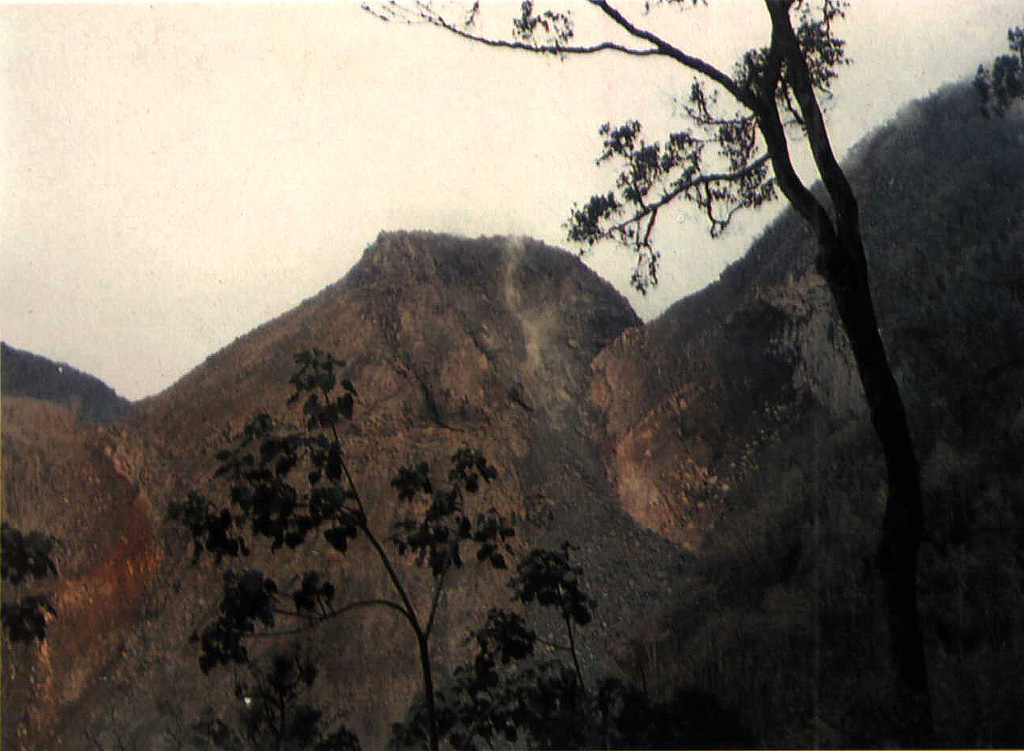 A new lava dome, Anak Ranakah (center), formed in 1987 on the outer flanks of the poorly known Poco Leok caldera on western Flores Island. The new dome is located in an area without previous historical eruptions at the base of the large older lava dome, Gunung Ranakah. Anak Ranakah, seen here from the SW, is part of an arcuate group of lava domes extending westward from Gunung Ranakah.