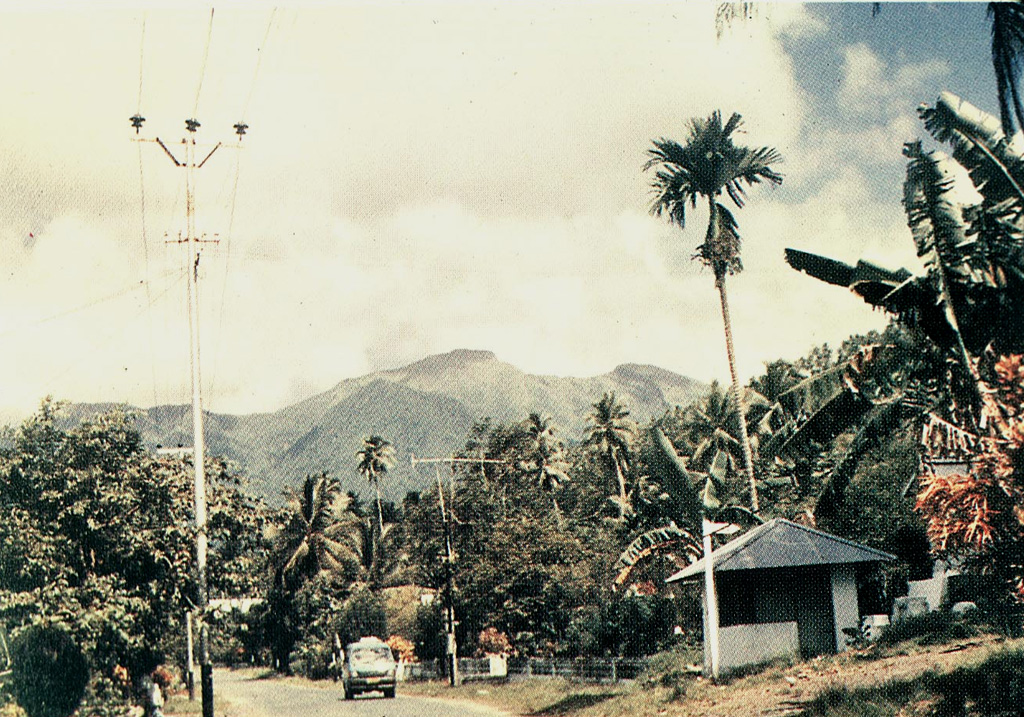 Gunung Awu volcano, one of the deadliest in Indonesia, looms above the village of Bungalawang. Deep valleys that form passageways for lahars dissect the flanks of the 1320-m-high volcano, which was constructed within a 4.5-km-wide caldera. Powerful explosive eruptions in 1711, 1812, 1856, 1892, and 1966 produced devastating pyroclastic flows and lahars that caused more than 8000 fatalities.