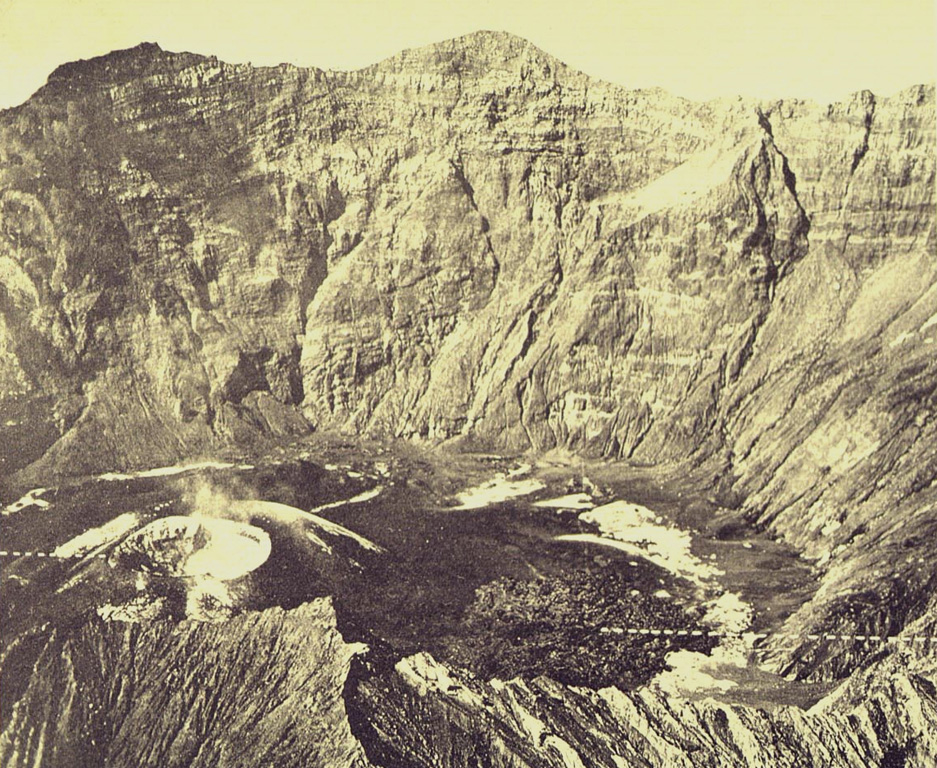 The cone at the lower left on the floor of Raung's summit caldera formed during an eruption in 1913. A lava flow erupted from the cone, extending to the right across the caldera floor. This aerial photo, taken some time before 1926, shows the steep, roughly 500-m-high SW caldera wall in the background.