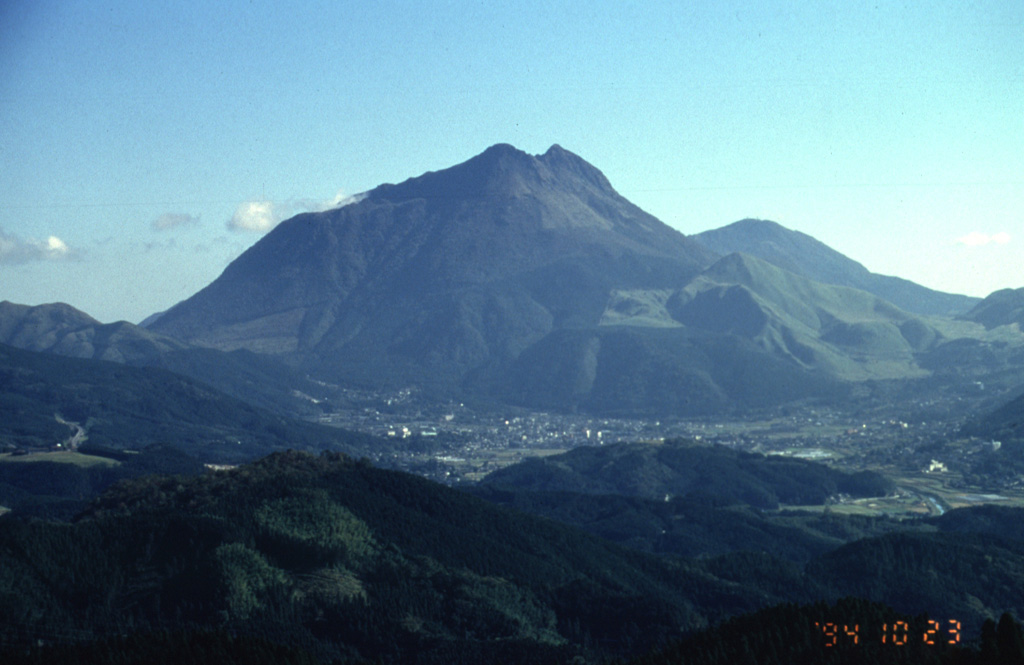 Yufudake, the westernmost of the two large lava dome complexes of Tsurumi volcano, rises to the NE of the city of Yufu in northern Kyushu. Three smaller lava domes are located on the N flank of the eastern dome. A historical eruption occurred in 867 CE. 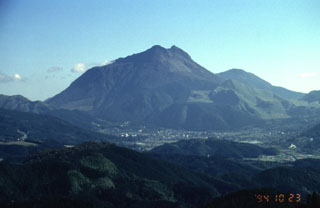