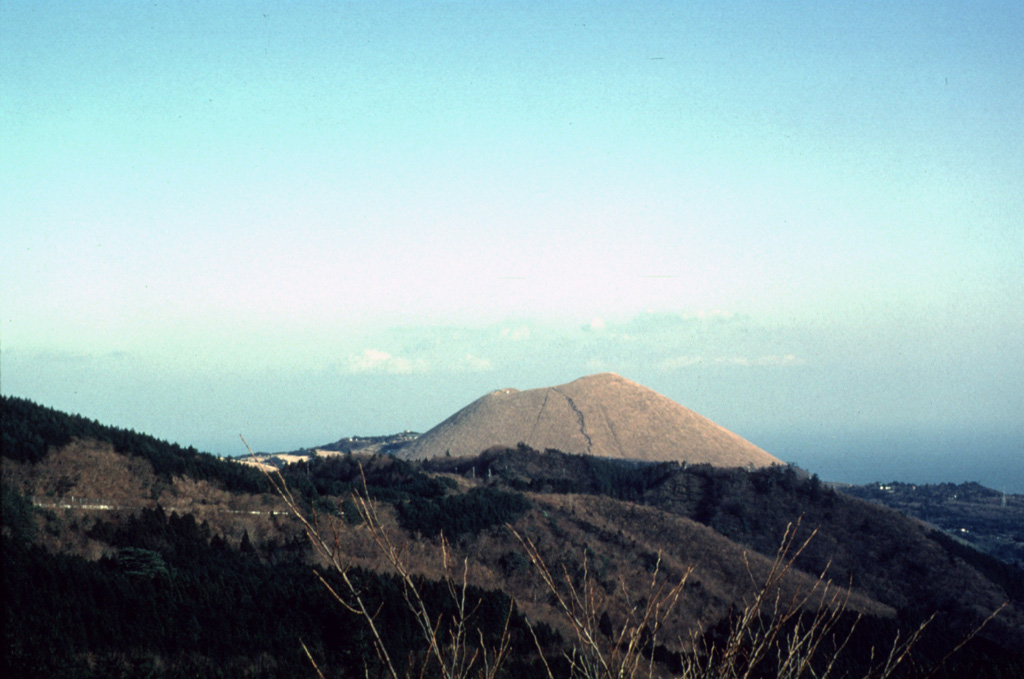 The Omuroyama scoria cone, one of about 70 subaerial volcanoes in the Izu-Tobu volcanic field, formed about 5,000 years ago in the SW part of the field. The cone rises 300 m above the flank in the foreground that was formed by lava flows originating from vents NE and S of the cone.