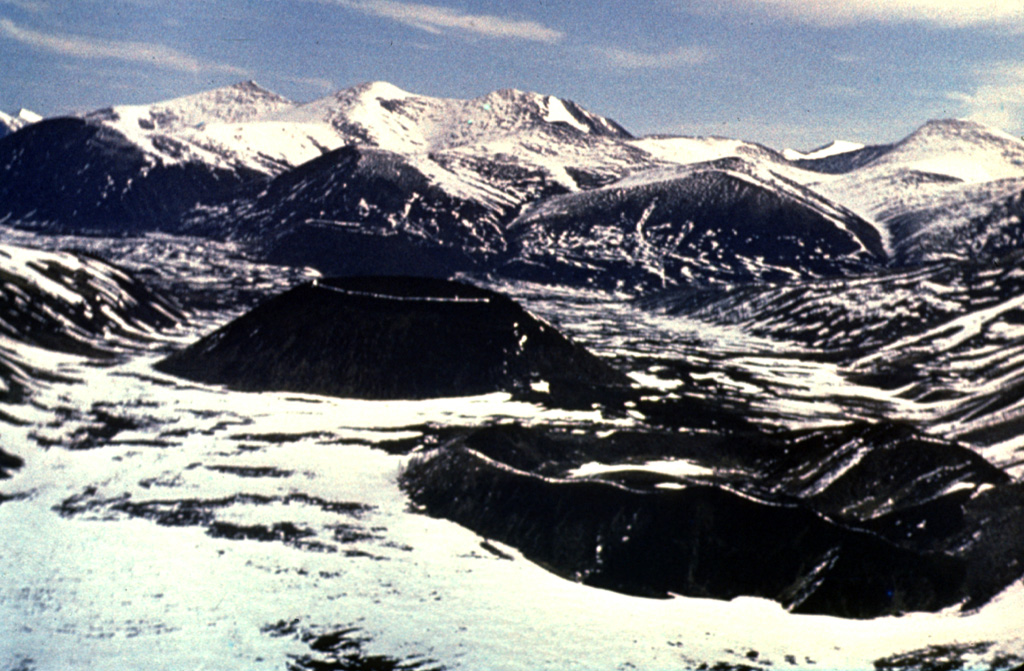 A group of small basaltic scoria cones were erupted from the Jom-Bolok volcanic field near the Oka Plateau, about 200 km WNW of the SW tip of Lake Baikal. Two are seen here from the SE. The eroded cone to the lower right is Stariy. The young cone (near the center) is Peretolchin, named after a geologist who disappeared in the early 20th century, prior to the Russian revolution. This was the source of the voluminous 70-km-long Jon-Bolok lava flow, one of the world's longest Holocene lava flows. 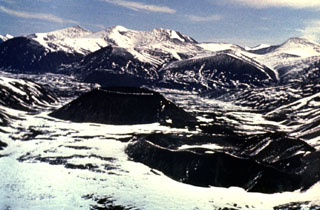