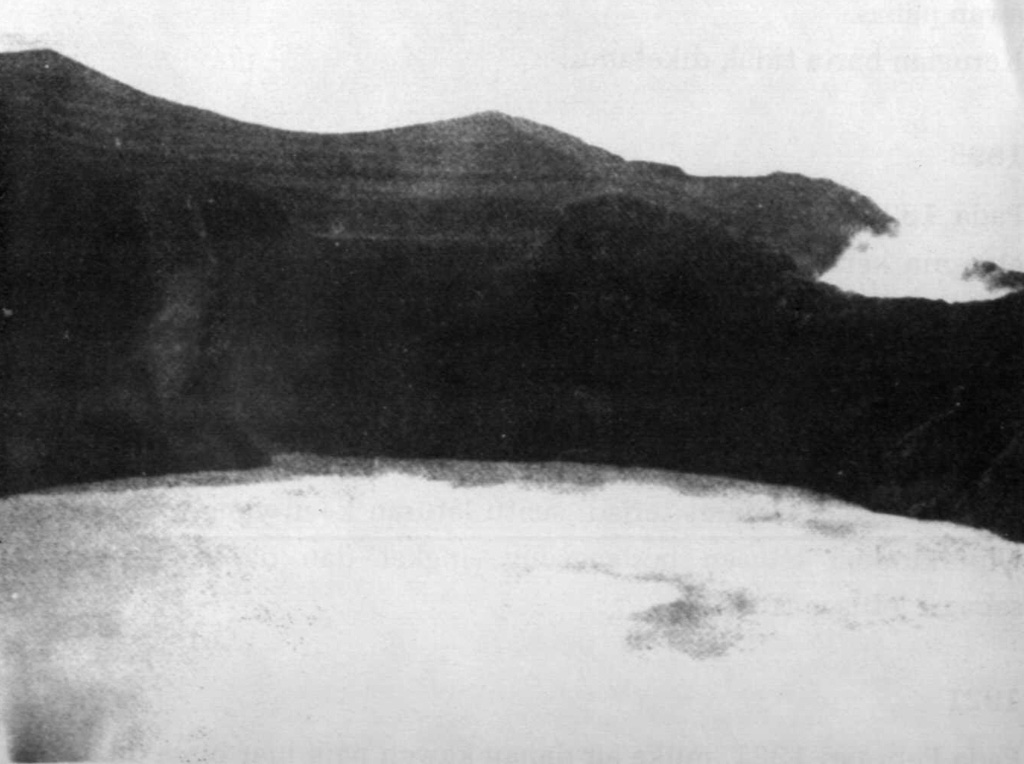 This 1922 photo shows the roughly 825 x 1050 m wide, 150-m-deep crater lake of Awu volcano from the NW. On June 20, 1922 the previously clear crater lake water was covered with a layer of sulfur. A small gas eruption took place on July 23 and phreatic explosions continued during the following months. Lake bottom surveys by Stehn in 1922 indicated that a lava dome had formed beneath the surface of the crater lake. Dome growth was thought to have begun in 1921, when the lake level rose 3 m during a year of normal rainfall.