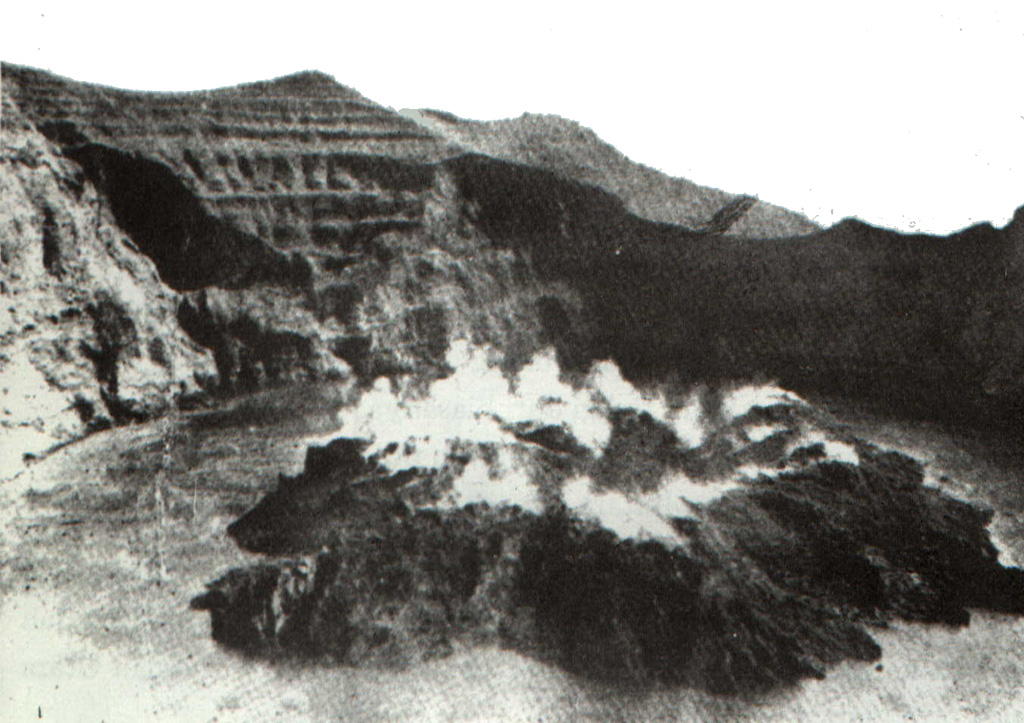 Steam rises from a newly erupted lava dome emplaced in 1931 in the crater lake of Awu volcano. The crater lake water level and temperature rose beginning in December 1930, and continued into the next year, when rumblings, sulfur smell, and gas bubbles were observed. Dull explosions and an eruption cloud were noted at the beginning of March 1931. A lava plug appeared to be visible below the surface of the lake on April 7, breached the surface on April 18, and reached a height of 80 m by the end of the year.