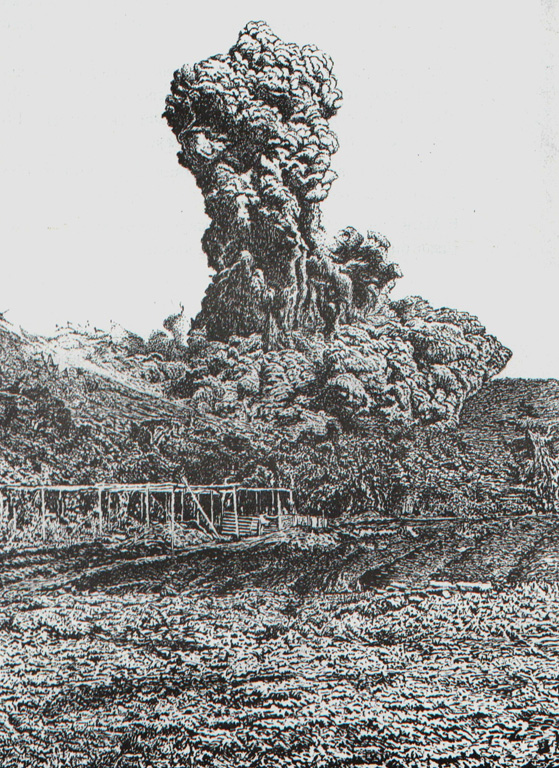 Intermittent eruptive activity at Lokon-Empung began on February 17, 1958 and lasted until December 23, 1959. Ash and incandescent material was frequently ejected, affecting nearby villages. On May 3, 1958, the large vertical eruption column and basal pyroclastic-surge cloud seen in this photo was ejected along with fire fountains 100 m from the side of the crater. An eruption the following day damaged farm crops. On May 17 a lava plug was observed in the crater. Frequent small-to-moderate ash eruptions continued through 1959.