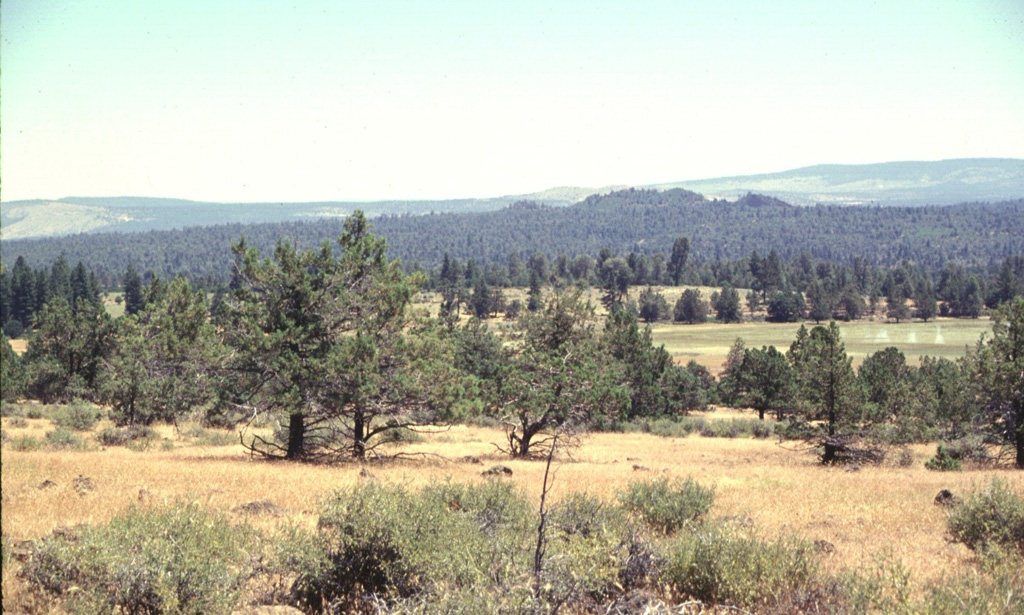 Big Cave shield volcano, at the northern end of an area of late-Quaternary volcanism extending north from Lassen Peak, is a small shield with young pyroclastic cones at the summit and north flank. The volcano is seen here from the west, with the summit cones forming the low forested hills right of the photo center. Forested lava flows extend from the summit of the low shield volcano. The age of Big Cave volcano is not known precisely, but it formed in either the Holocene or latest Pleistocene. 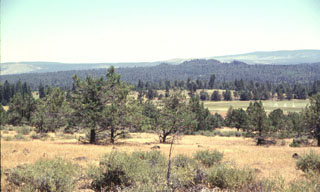