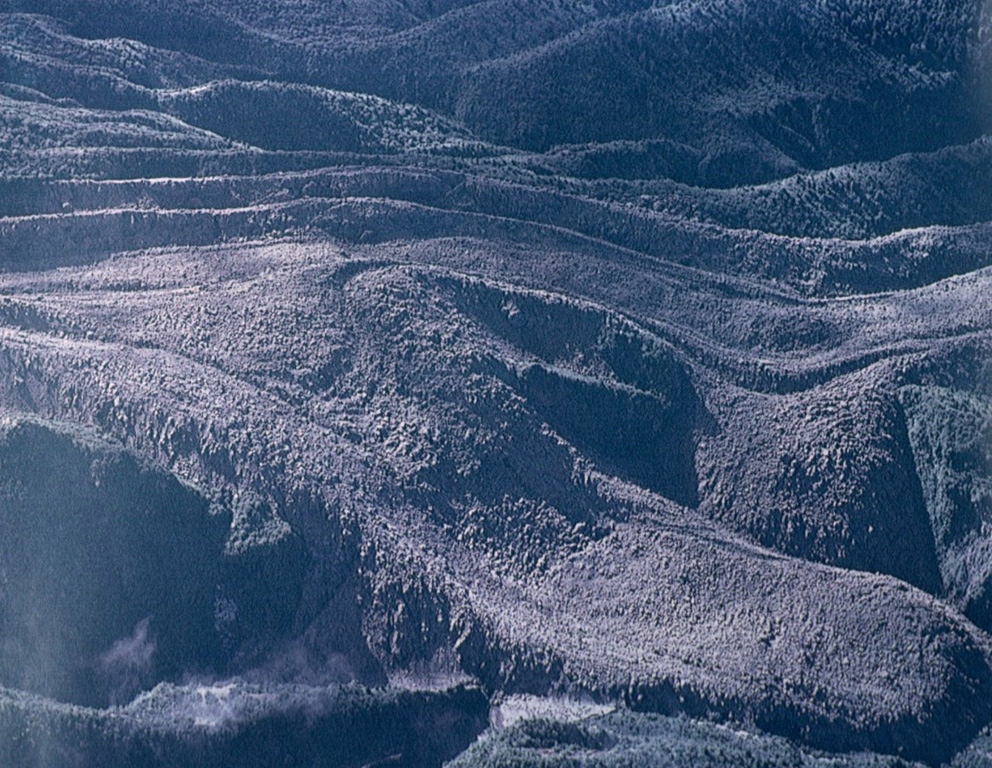 A blocky andesitic lava flow traveling at an average velocity of 4 meters per hour descended the Río Tepu valley on the NE flank of Calbuco during the 1961 eruption. Explosions and lava effusion began on February 1, and lahars caused extensive damage on the north flank, where they reached Lake Llanquihue. Lava flows traveled to the NE, NW, and SW, and a large explosion took place on March 10.