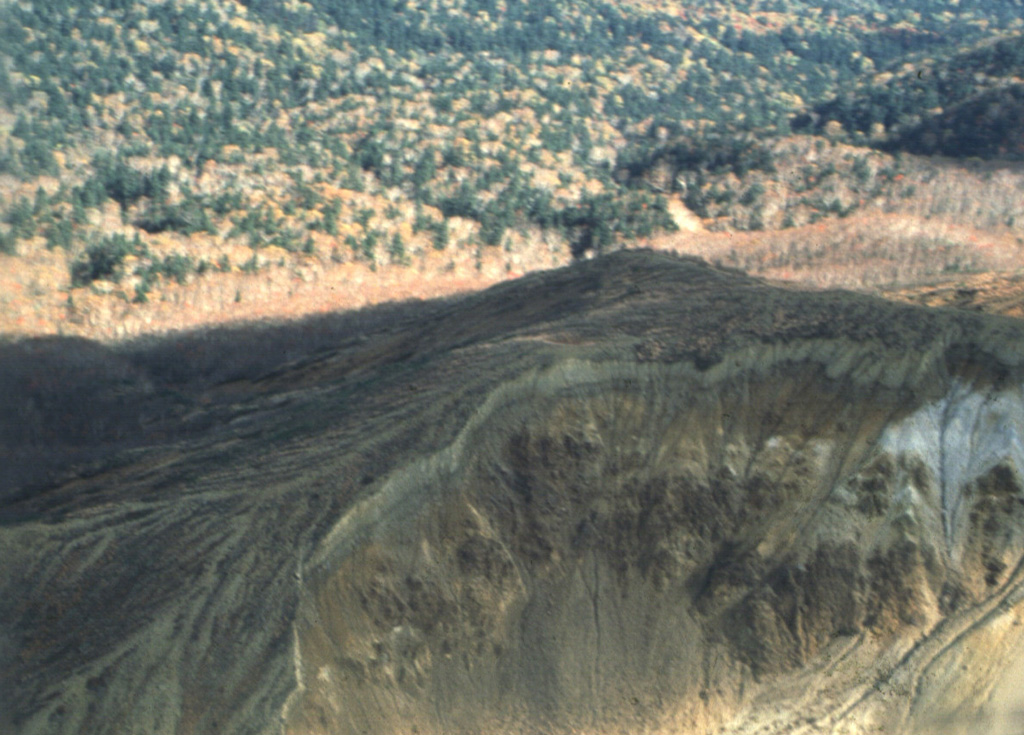 Hydrothermally altered rocks in the crater of Maruyama lava dome are seen in the foreground of this aerial view from the NE. Maruyama, which had a minor phreatic eruption in 1898, is part of the Nipesotsu-Maruyama volcano group, located in central Hokkaido E of Tokachidake volcano. The group is composed of a number of overlapping cones and lava domes along a NW-SE trend. 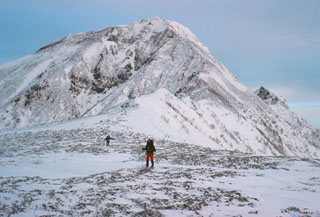