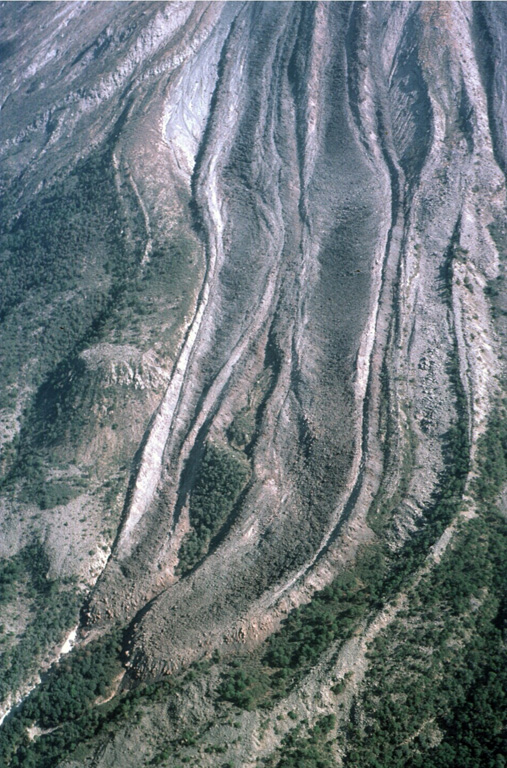 Two parallel lava lobes with lateral levees were emplaced in the Cordoban drainage on the SW flank of Colima, seen here on 8 February 1999. The flows are partly confined within levees of older lava flows. Lava extrusion had begun from the summit lava dome on 20 November 1998 and quickly produced a flow that split into three lobes as it diverged around topographic highs on the upper flanks.