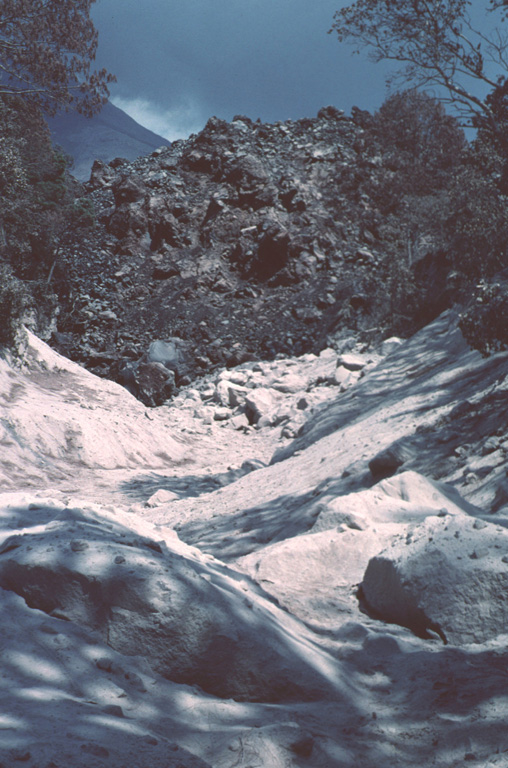 The slowly advancing front of the westernmost of three lava flows in the Cordobán drainage buries light-colored block-and-ash flow deposits formed during earlier collapse of the moving flow front. This photo was taken on 7 February 1999, about two and half months after lava extrusion began in November 1998. The flow front is about 30 m high.