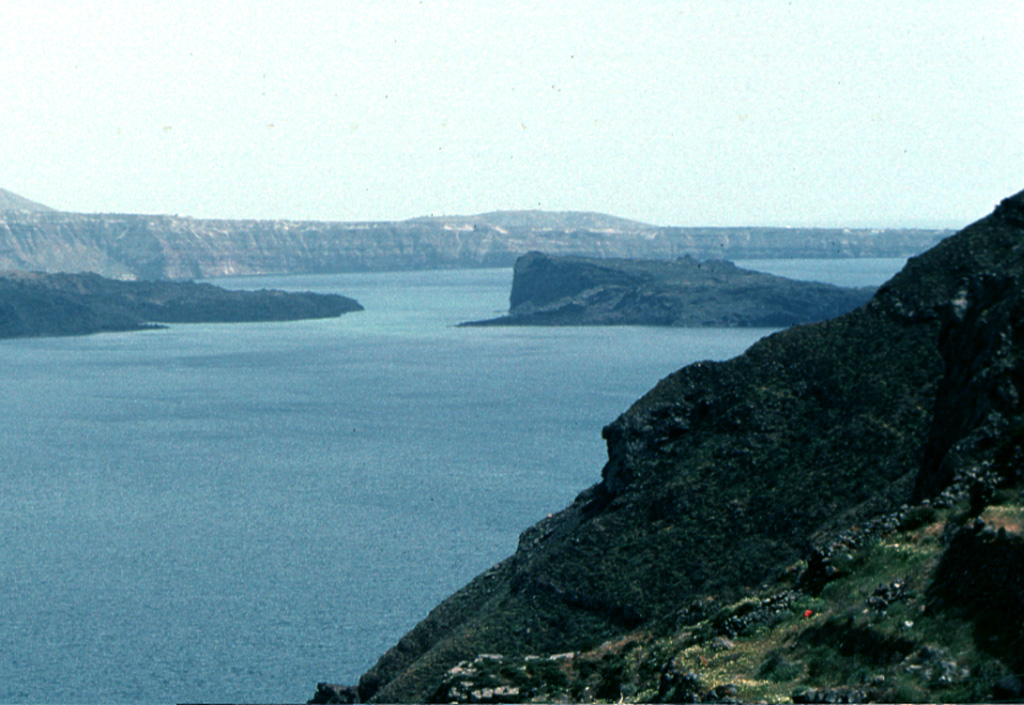 Palaea Kameni Island (right-center) rises from Santorini's caldera bay SE of the foreground cliffs of Thirasia Island. The higher, flat-topped part of the island was formed during 46-47 CE, and the slopes in front of it date back to 726 CE. The highly explosive eruption of the summer of 726 produced great quantities of pumice and ash that were transported as far as the islands of Abydos and Lesbos, Asia Minor, and Macedonia. Extrusion of the Ayios Nikolaos lavas followed, which eventually joined the NE tip of Thia (Palaea Kameni) Island.