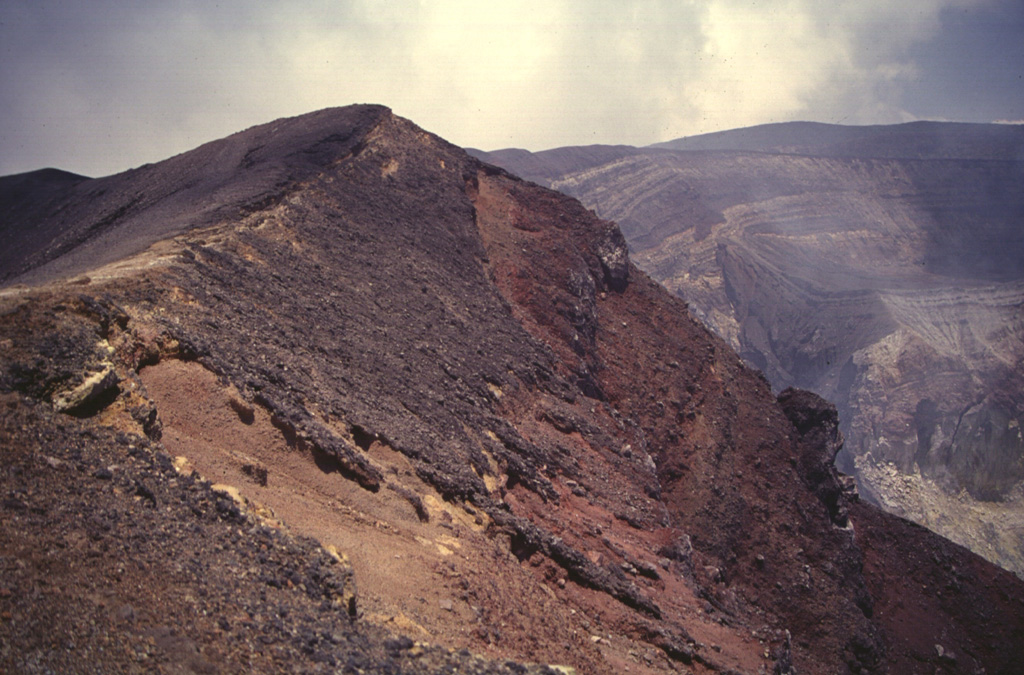 Scoria from the 1904 eruption of Santa Ana form the darker deposits across the summit crater rim. The first of two 20th-century eruptions from Santa Ana began on 12 January, lasted for about two weeks, and included phreatomagmatic explosions.