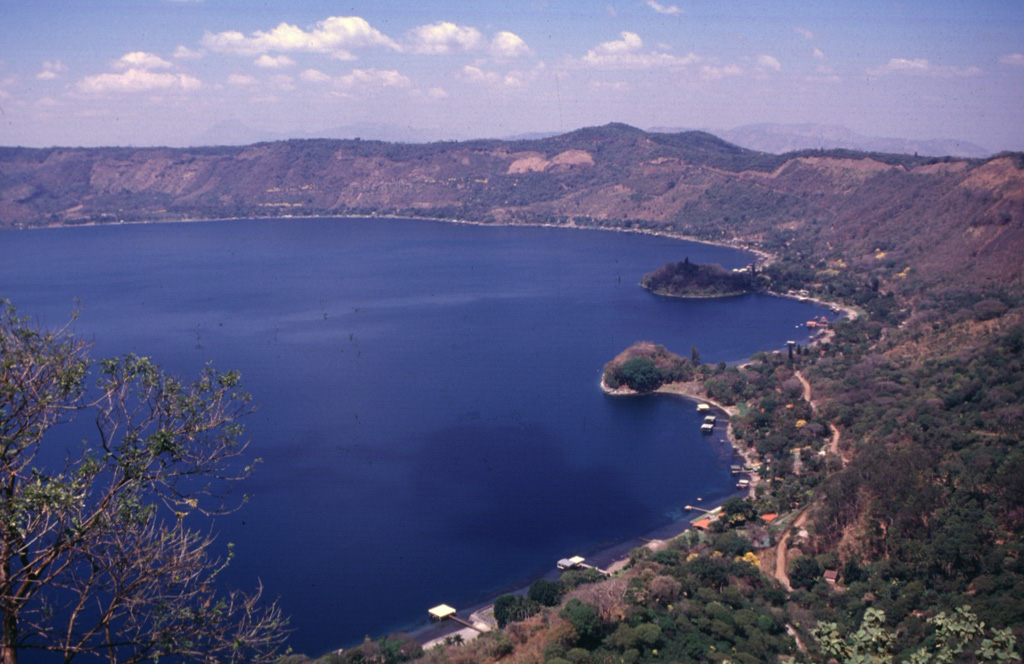 The forested Anteojos ("The Eyeglasses") lava domes form peninsulas on the eastern shore of Lake Coatepeque. Four other domes were constructed on the opposite side of the caldera along a line that passes through Izalco volcano to the SW. Most of the Anteojos domes lie beneath the lake surface and were once islands now connected by low spits to the caldera wall. The southern (near) dome is andesitic, whereas the northern dome has a rhyodacitic composition. Two scoria cones on the horizon erupted along caldera ring faults.