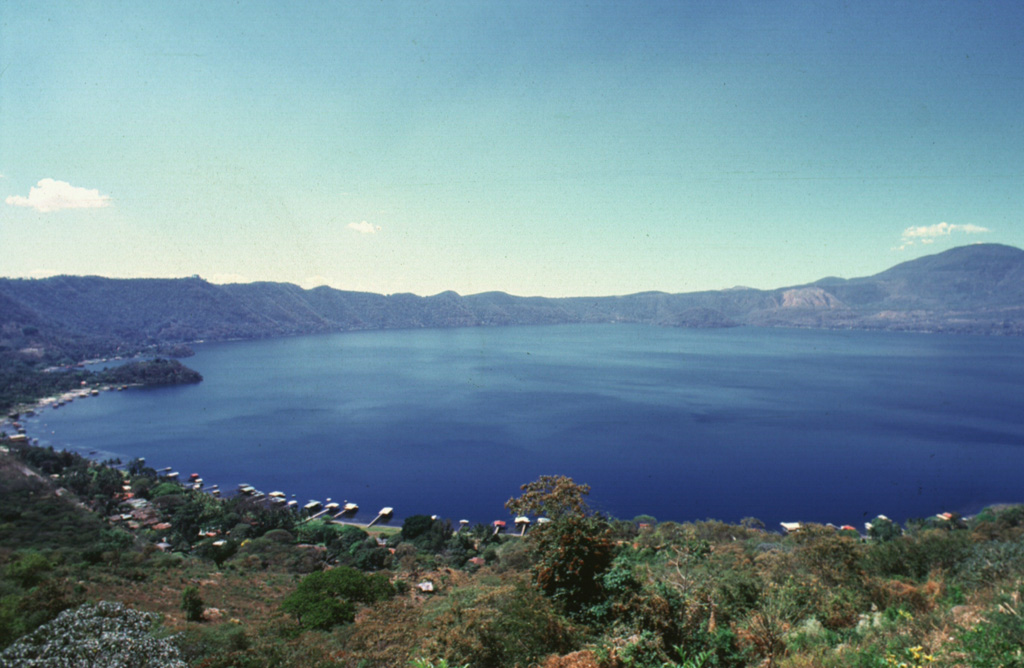 Lago de Coatepeque fills the 7 x 10 km Coatepeque caldera in western El Salvador. The caldera formed during two major eruptions in the late Pleistocene. Post-caldera eruptions produced a series of lava domes such as the one seen to the left that forms a small peninsula extending into the lake. A chain of scoria cones that erupted along caldera ring faults are across the southern caldera rim in the background.