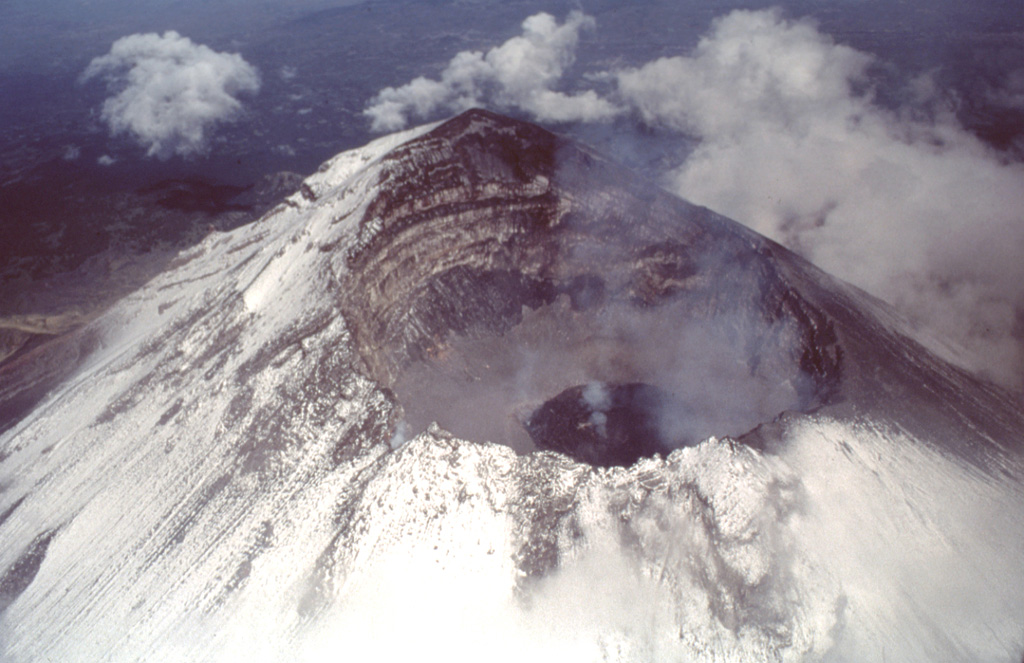 An aerial view of Popocatépetl from the east on 4 July 1997 shows a dark gray lava dome with a strong fumarole emanating from its center. This dome was extruded after an explosive event on 30 June 1997 produced an eruptive column that deposited a thin ash layer on Mexico City. The far crater wall reveals a stratigraphic profile of lava flows and fragmental material forming the upper part of the cone.