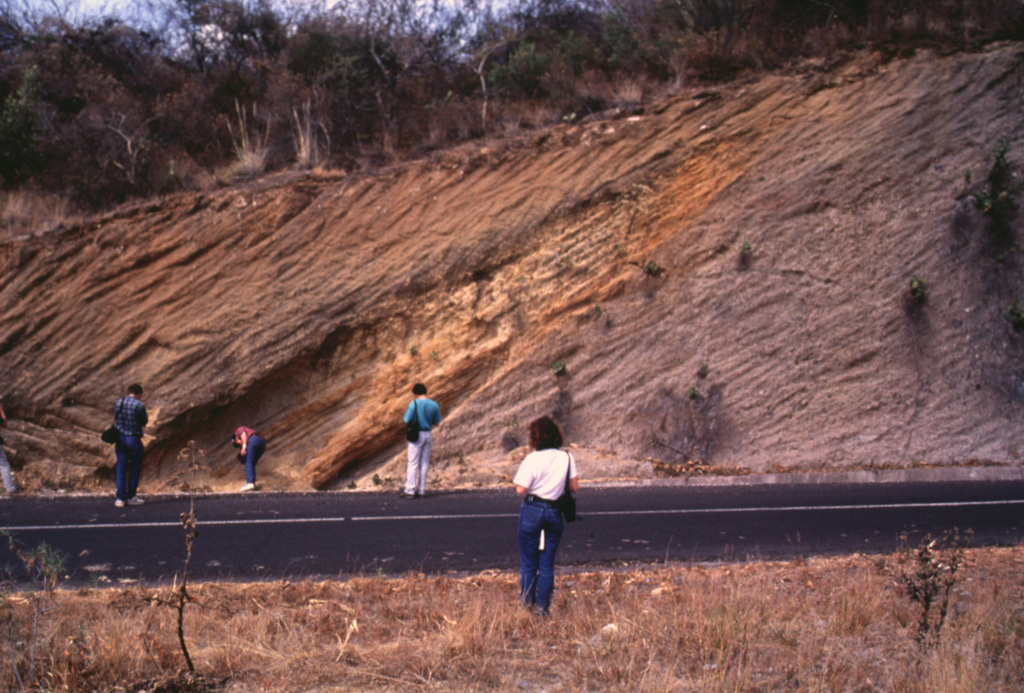 Geologists investigate an exposure in the Popocatépetl southern flank of along the road connecting the towns of Hueyapan and Amayuca in the state of Morelos. The outcrop shows two debris avalanche deposits separated by a yellowish reworked horizon. The deposit to the left corresponds to the youngest avalanche produced by the southern flank failure of the ancient Popocatépetl around 23,000 years ago. Major flanks collapse events have occurred at least three times during the Pleistocene.