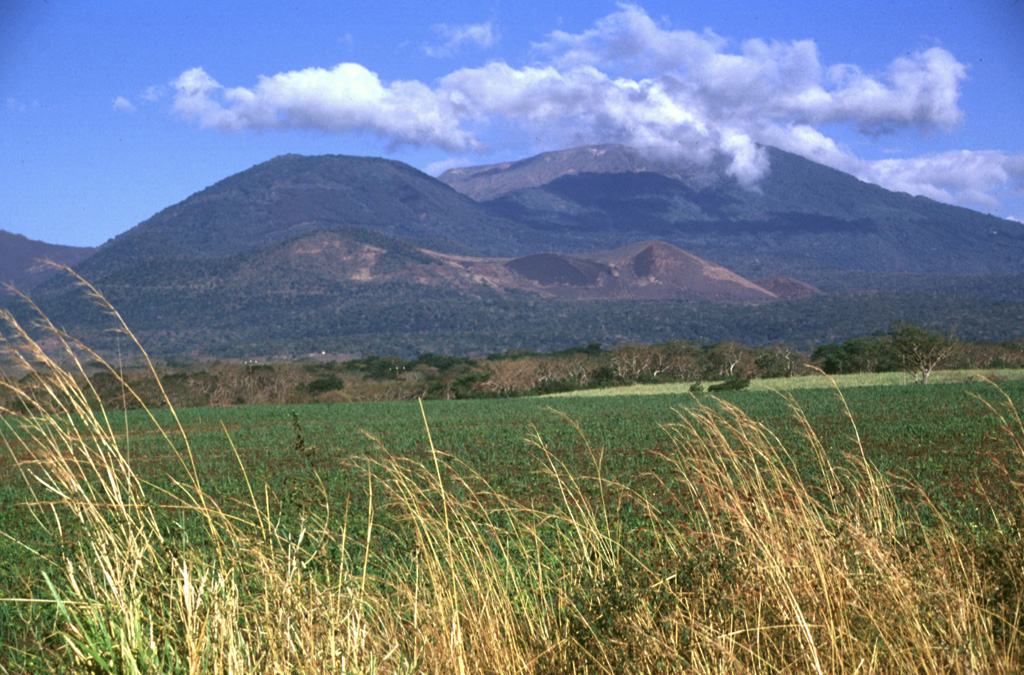 The broad light-colored hill in the center of the photo is the Cerro la Olla-Cerro Marcelino cone complex, a flank vent of Santa Ana volcano, whose cloud-topped summit is seen at the right. Cerro Marcelino at the right side of the cone complex was formed during the 1722 eruption, when the Teixcal lava flow traveled 13 km to the east and overran the town of San Juan Tecpan. The rounded forest-covered peak at the left is Cerro Verde, a large pyroclastic cone on the SSE flank of Santa Ana.