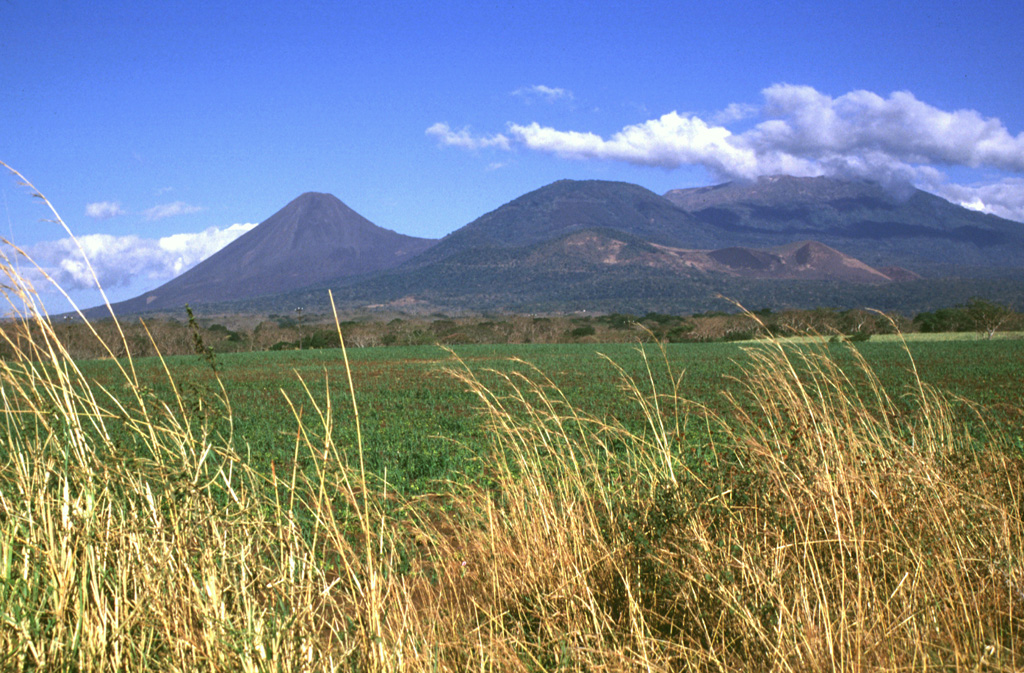 The broad Santa Ana volcano is to the right, with Izalco volcano to the left in this NW-looking view from the Zapotitán basin. The cone in the center is Cerro Verde, and the smaller, low-profile scoria cone below it is Cerro Marcelino. Historical eruptions have occurred from the summit crater of Santa Ana and flank cones such as Cerro Marcelino to the SE. Izalco formed in 1770, and the saddle between Izalco and Cerro Verde increased 100 m in height in the century after 1866.