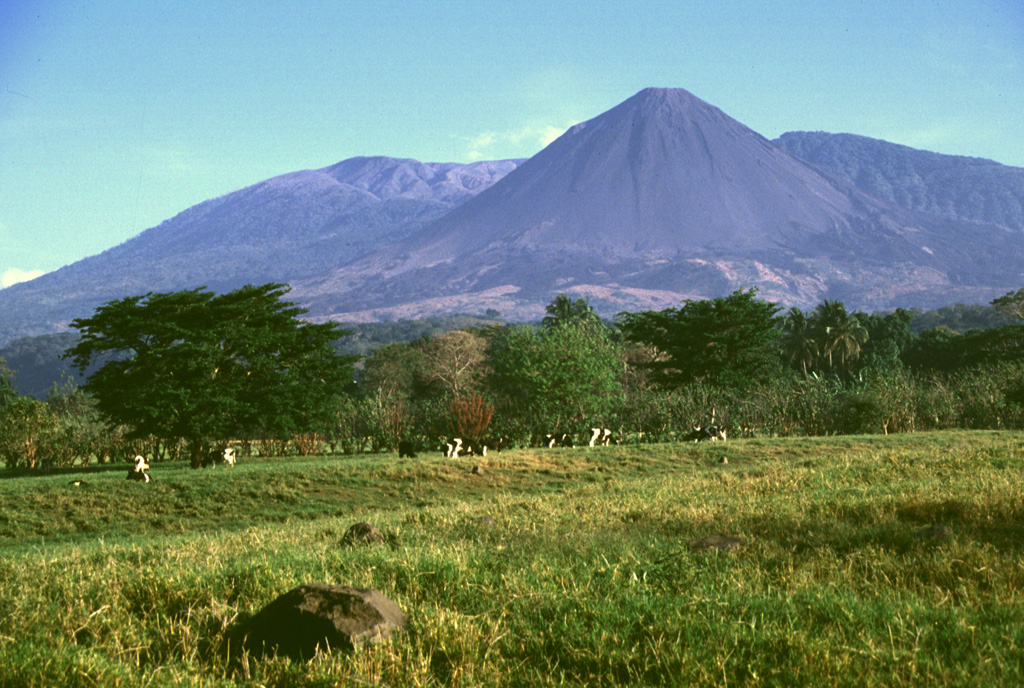 Izalco volcano was once known as the "Lighthouse of the Pacific" for its persistent incandescent nighttime displays. It was constructed on the southern flank of Santa Ana volcano, whose flat-topped summit is visible to the left of Izalco. At the right is Cerro Verde, a basaltic-to-andesitic pyroclastic cone on the SE flank of Santa Ana. Frequent strombolian eruptions have left the flanks of Izalco unvegetated; dark-colored lava flows at its base issued from both summit and flank vents and extend up to 7 km from the volcano.