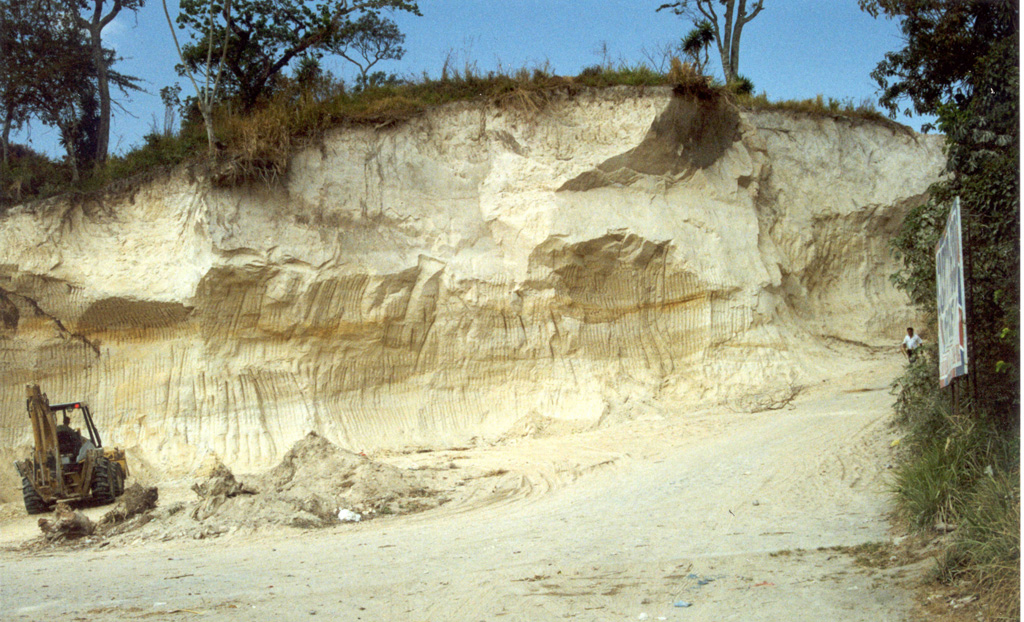 Pyroclastic flow and ashfall deposits from Ilopango caldera, known collectively as Tierra Blanca (White Soil), are found over much of central and western El Salvador. This quarry near the city of Cojutepeque (9 km ENE of the caldera) exposes the Tierra Blanca Joven (TBJ) formation that was produced during the youngest of several Tierra Blanca eruptions about 1,500 years ago. The eruption destroyed early Mayan cities and resulted in their abandonment for decades to centuries.