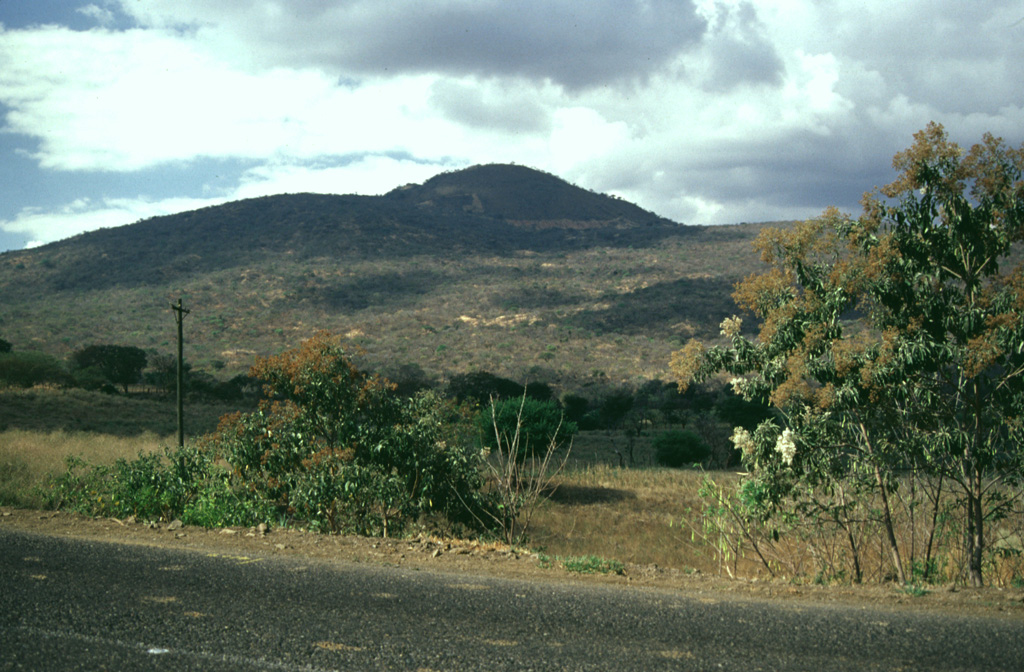 Volcán Las Viboras, north of Volcán Chingo, is a part of the Chingo volcanic field in Guatemala. Las Viboras (seen here from the north) contains a scoria cone at the summit. Recent lava flows of estimated Holocene age were erupted along this same fault on the N flank of Las Viboras and on the NW flank. 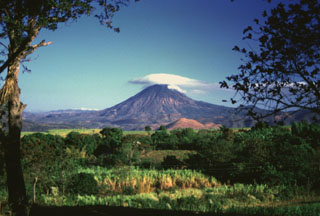