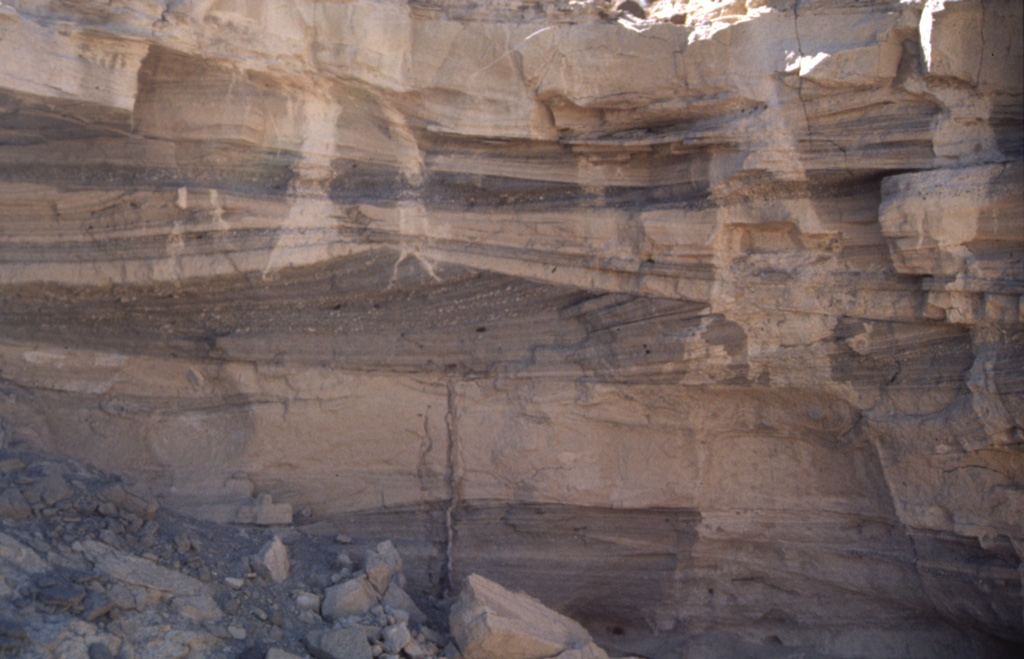 Pyroclastic surge deposits exposed in gullies on the flanks of Cráter Elegante in the Pinacate volcanic field of NW México. This photo shows cross bedding produced by particles transported by saltation or dilute suspension in a high-velocity pyroclastic surge. The direction of movement of the surge cloud, seen by the truncation of dune beds on the near-vent side, was from right to left. This type of bedding is common in areas near the rim of the maar. 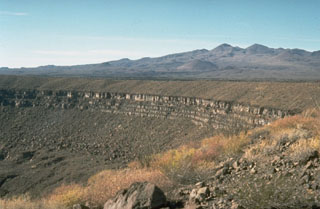